At some point a friend (and concert enthusiast) told me about her annual trip to a magical music festival on a giant farm in the dusty summer heat of Tennessee. This year I stopped wondering about it and made the trek out there with her.
The 4-day music fest is Bonnaroo (the South's rival to California's Coachella) and this year's lineup hooked me: Radiohead, Red Hot Chili Peppers, Phish, Bon Iver, Feist, Ben Folds Five, The Avett Brothers, Foster the People, Rodrigo y Gabriella, Punch Brothers, The Roots, Dispatch, The Shins, Young the Giant, The Temper Trap, Fitz & the Tantrums, Two Door Cinema Club, etc (and by 'etc' I mean Alice Cooper, The Beach Boys, Skrillex, Kenny Rogers, Flogging Molly, ?uestlove, Ludacris, Childish Gambino and hundreds of others.)
So we signed up to volunteer pre-fest (3 long days of setting up the venue before the music starts, earning you a free ticket) and road tripped ourselves out there. On the way out we broke up the driving a bit with a stop in Louisville, KY to see some of L's family. 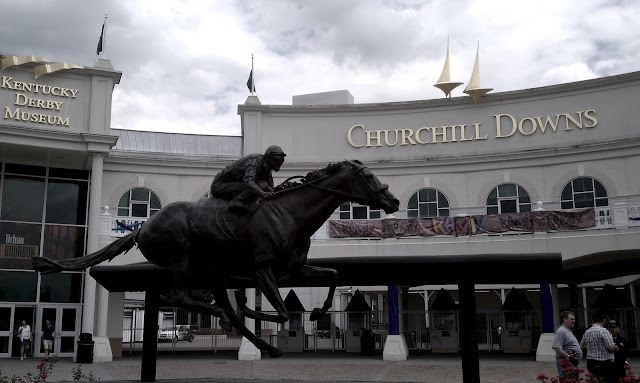 looks awesome! Glad you had fun.