The boat came as scheduled, but the ride back was a little harrowing. The winds out on the open water were much higher than a few days before, creating one-meter-high waves that caused the boat to roll and pitch distressingly. One poor kid vomited on and off the whole three hours, and our bags were soaked by the end. 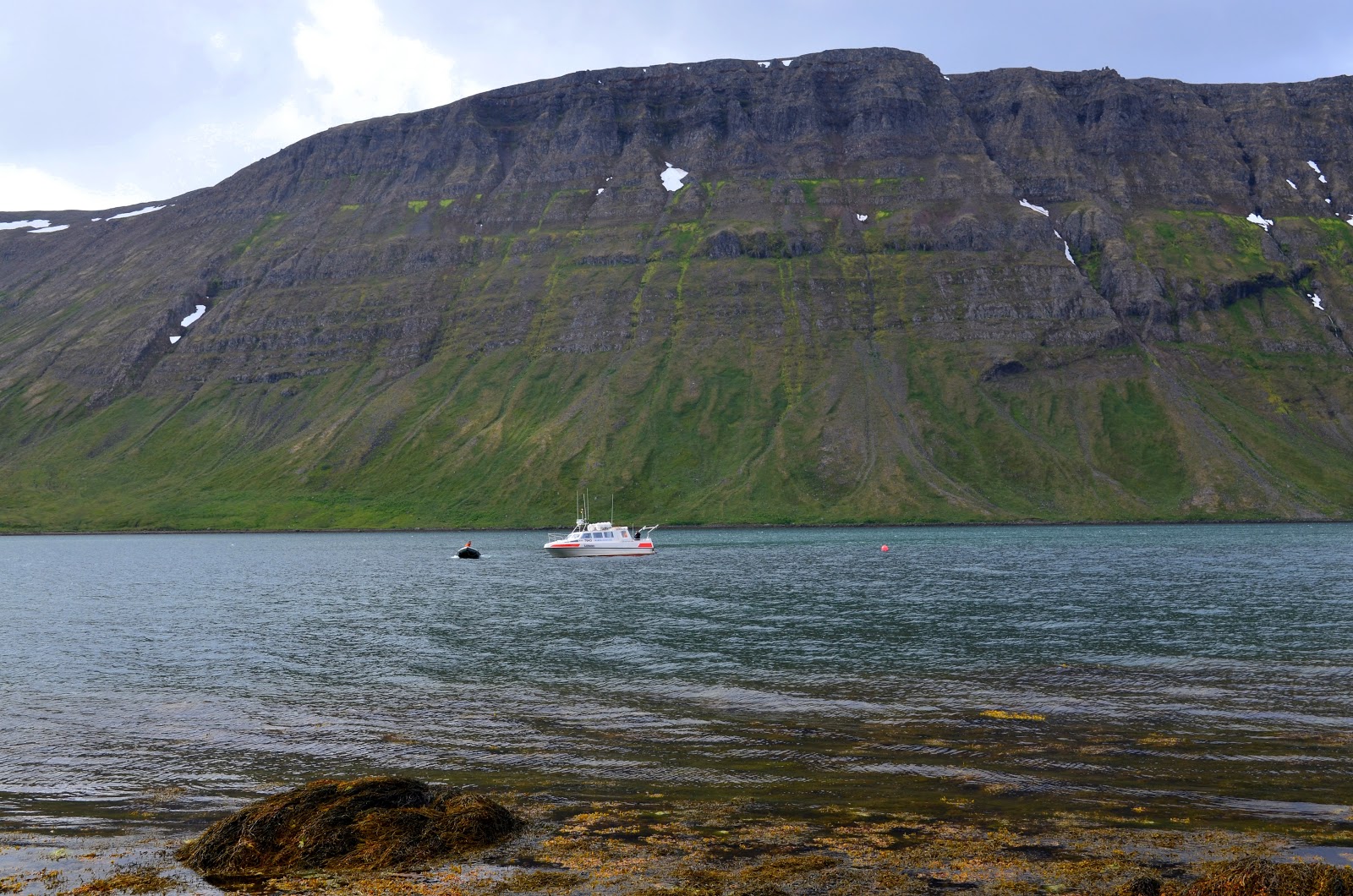 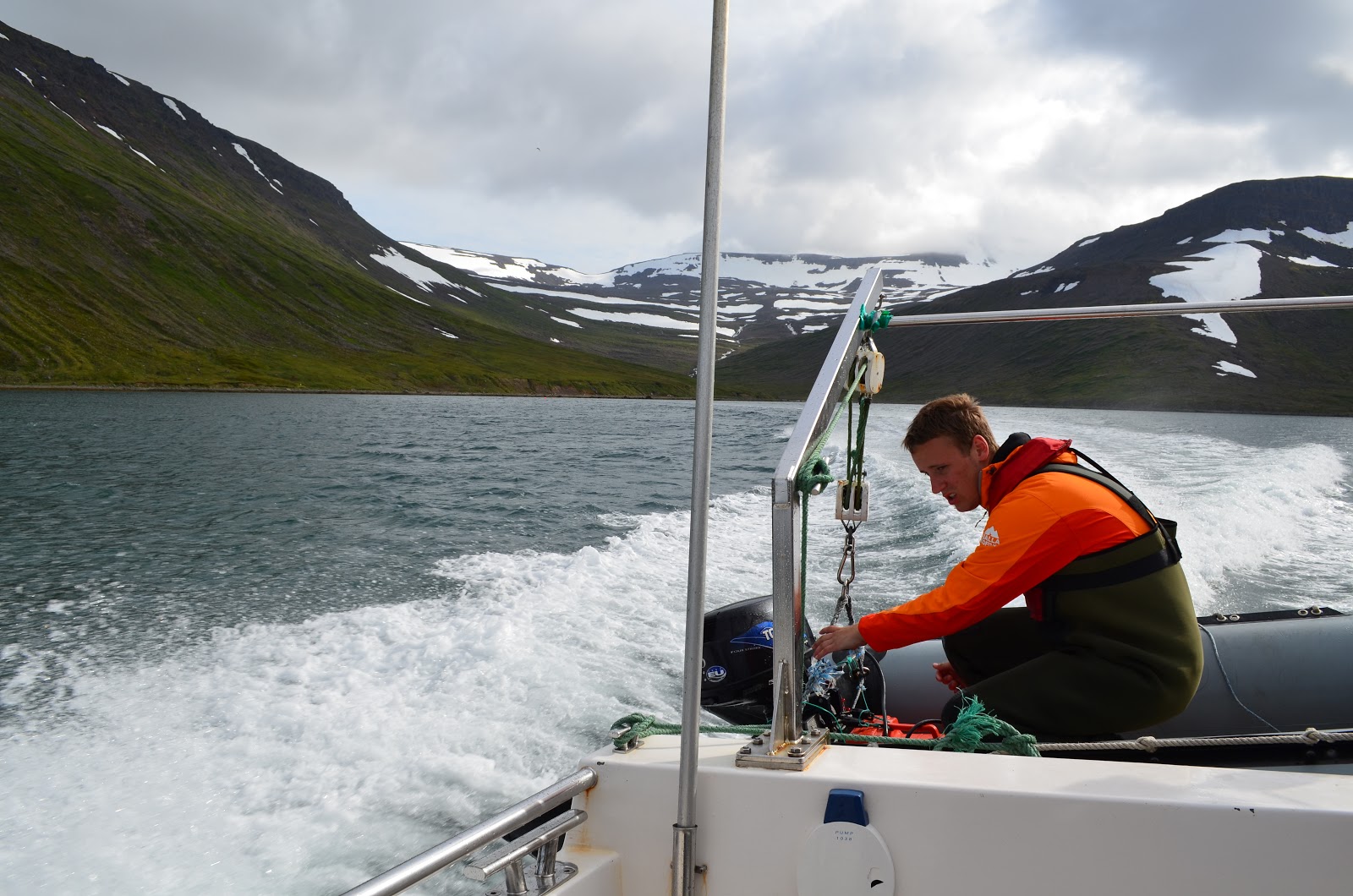 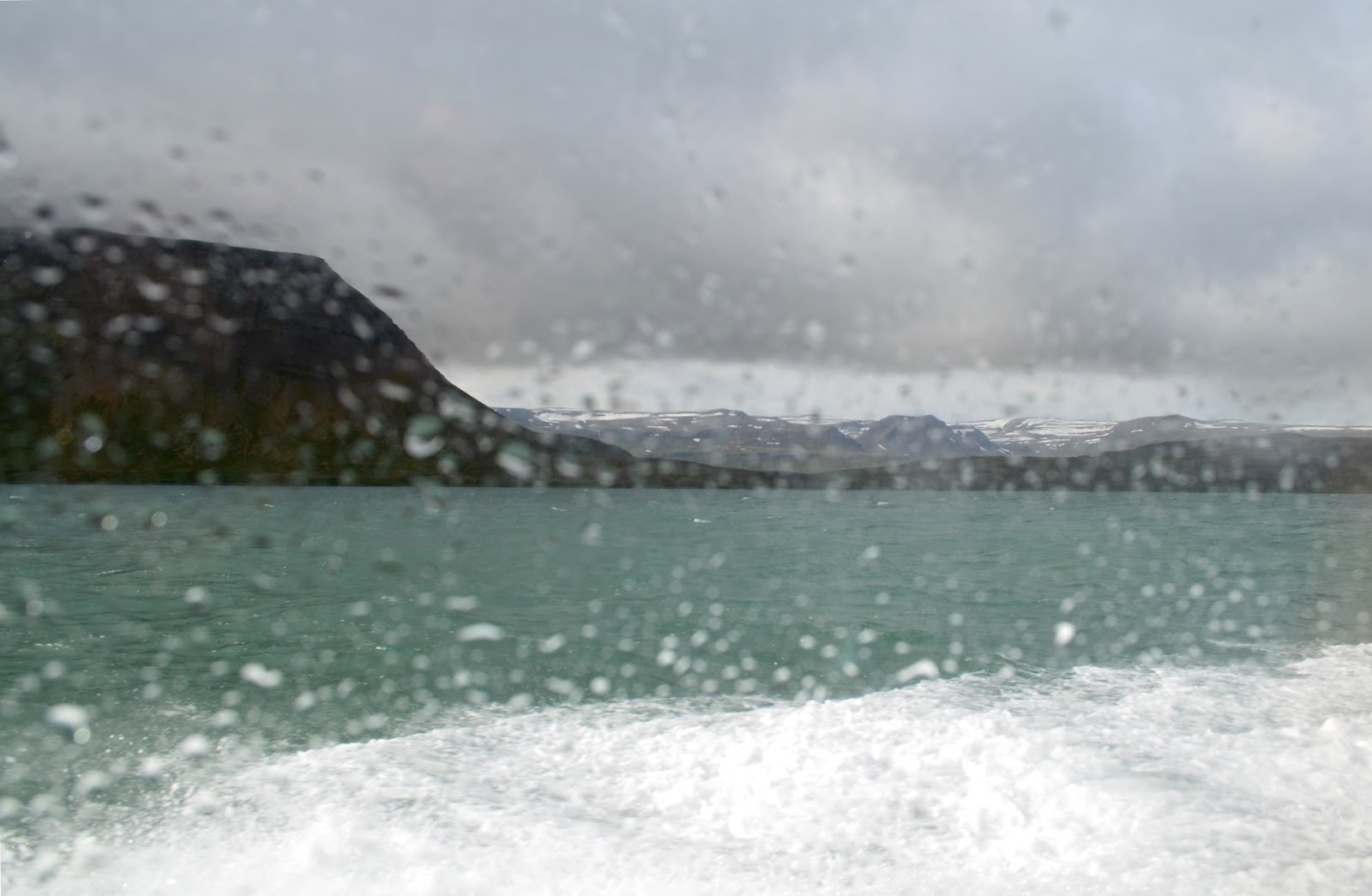 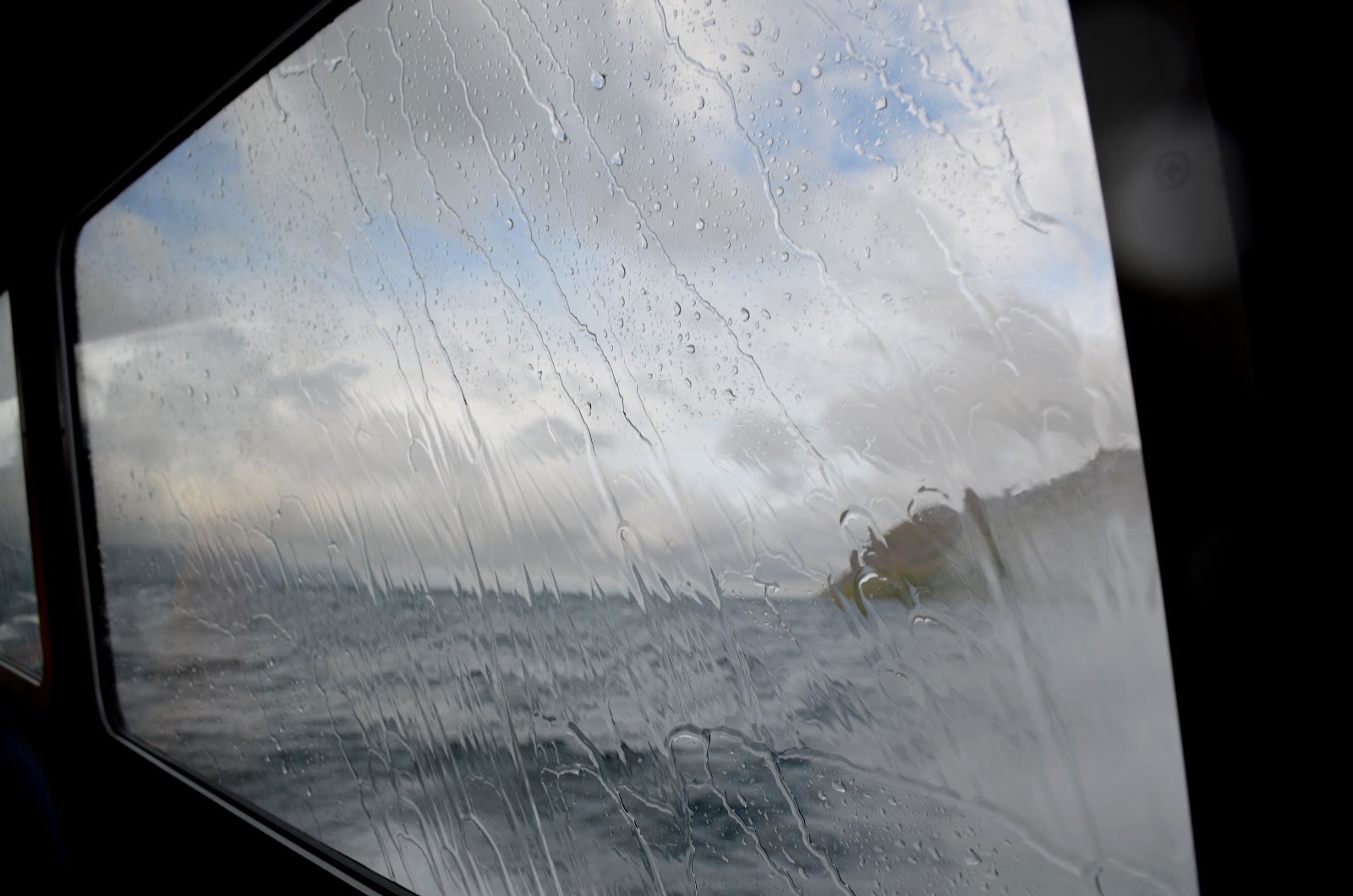 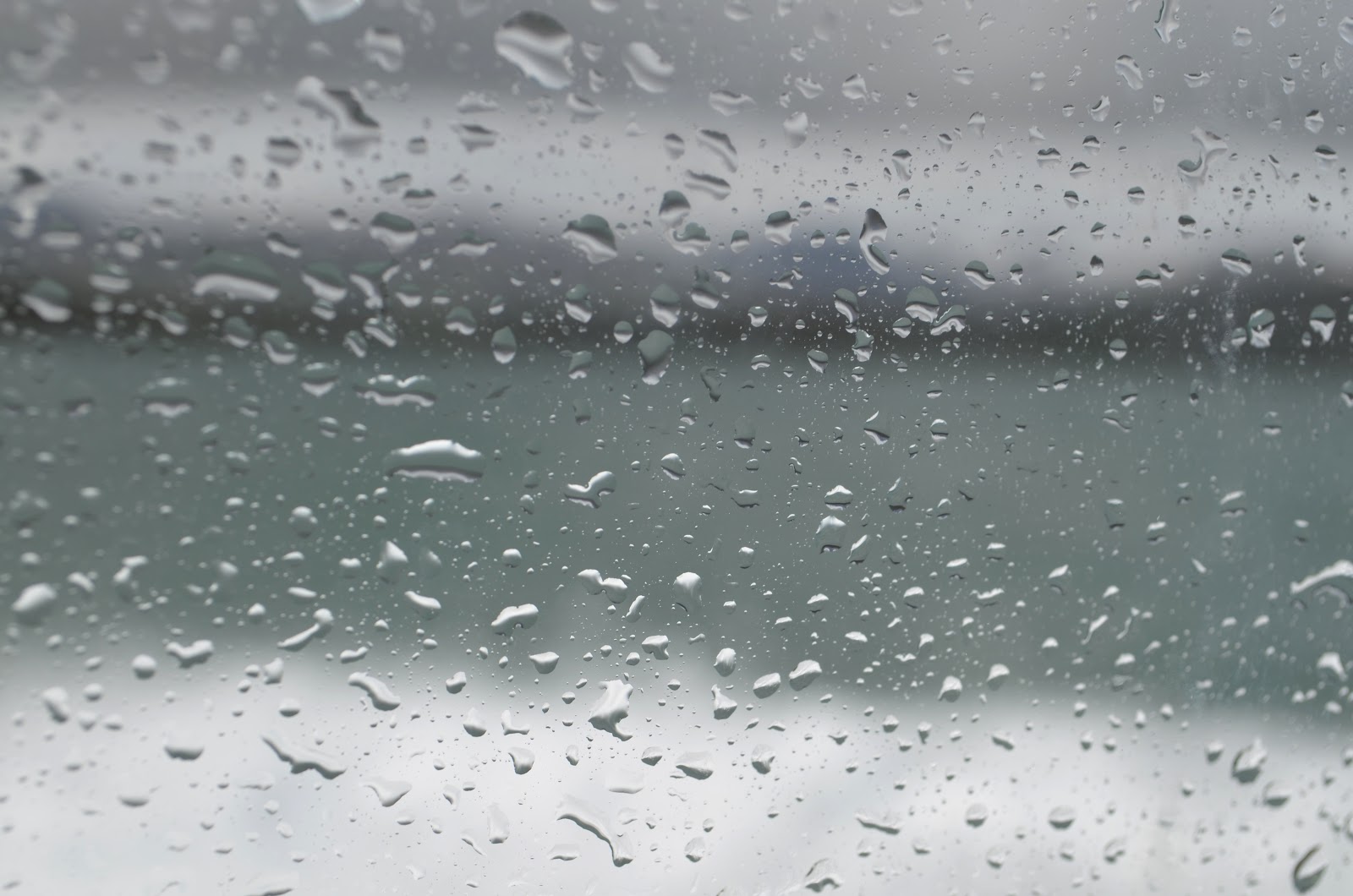 We made it to dry land and hit the road toward Reykjavik. 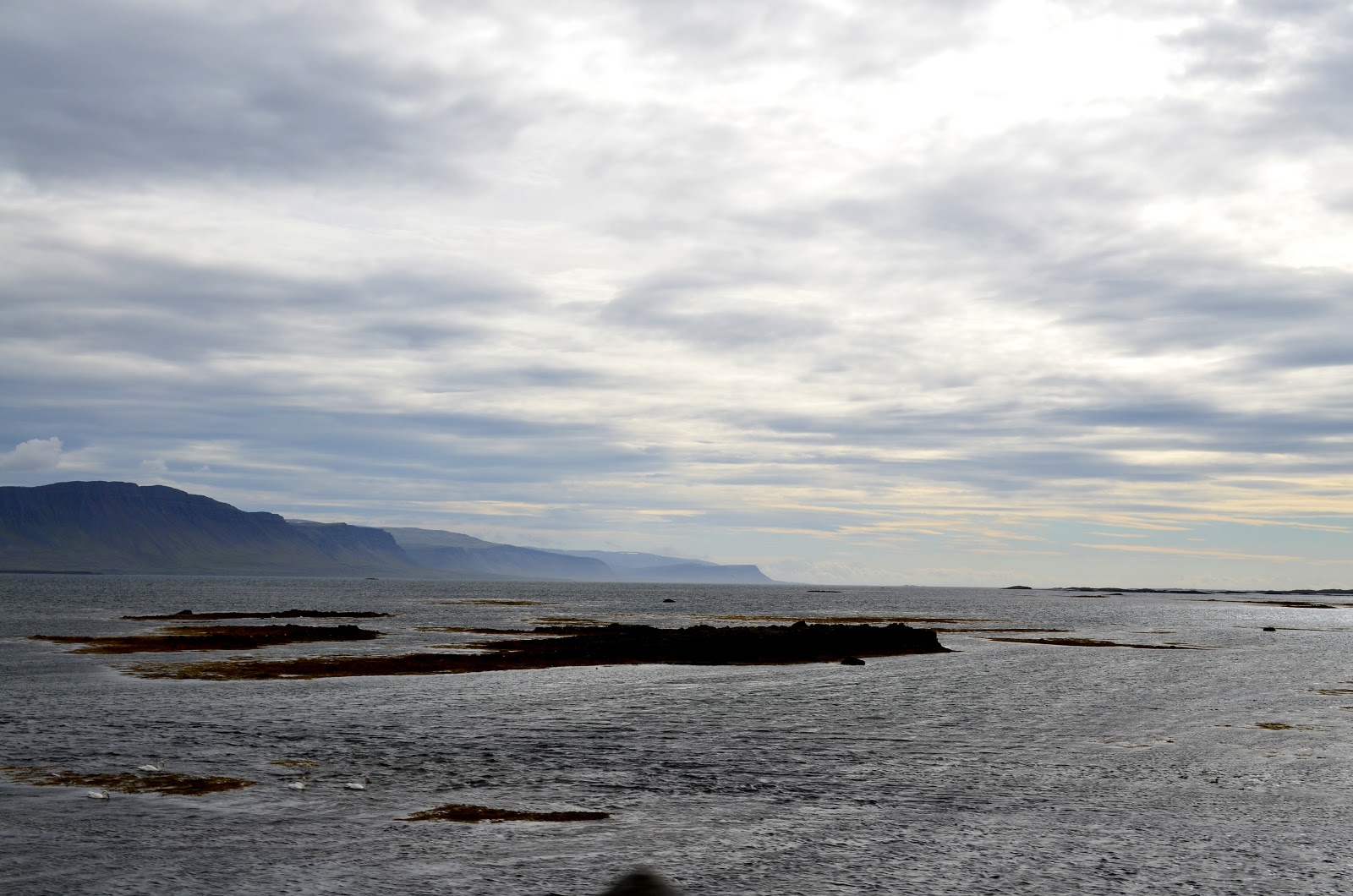 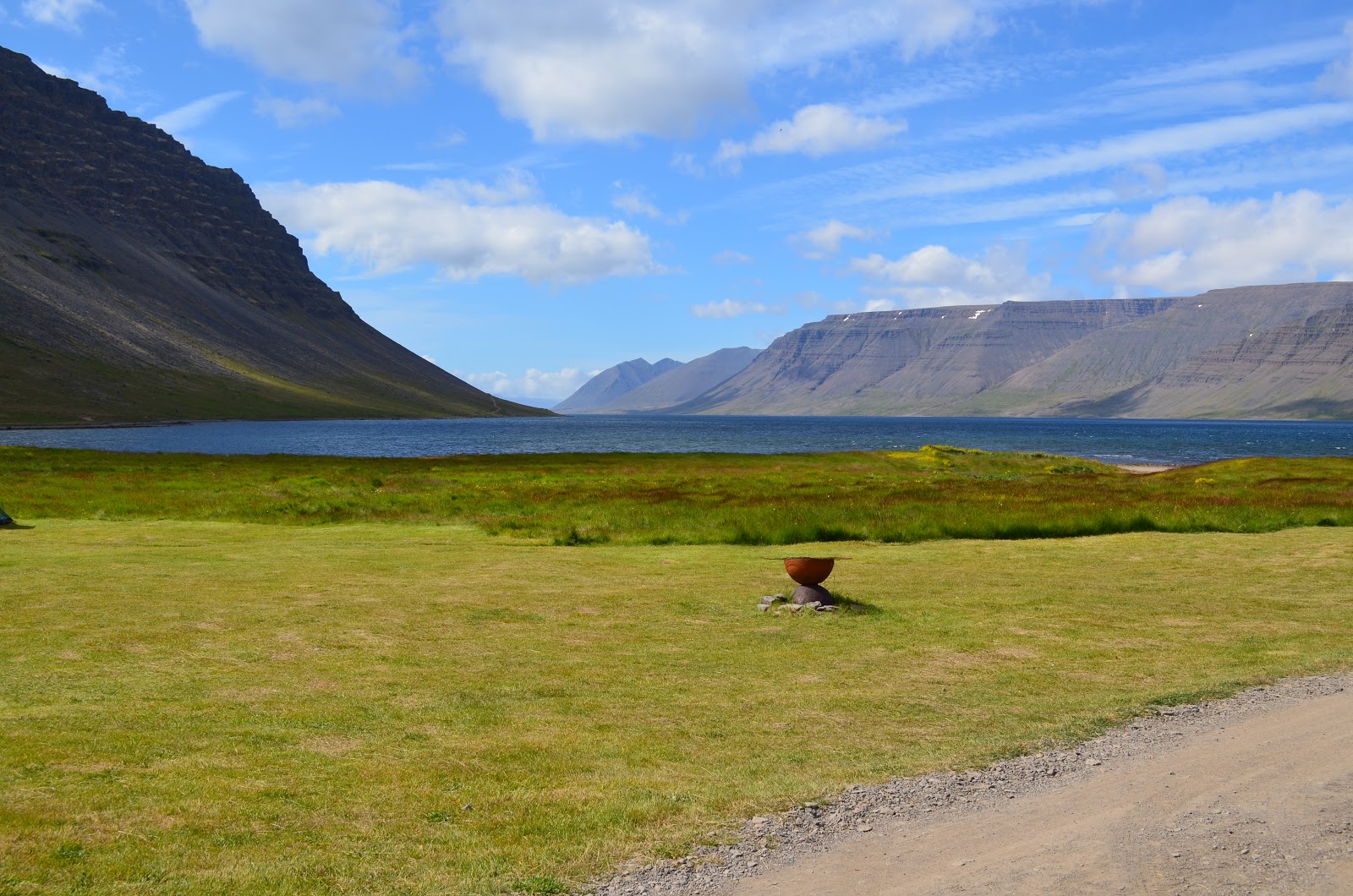 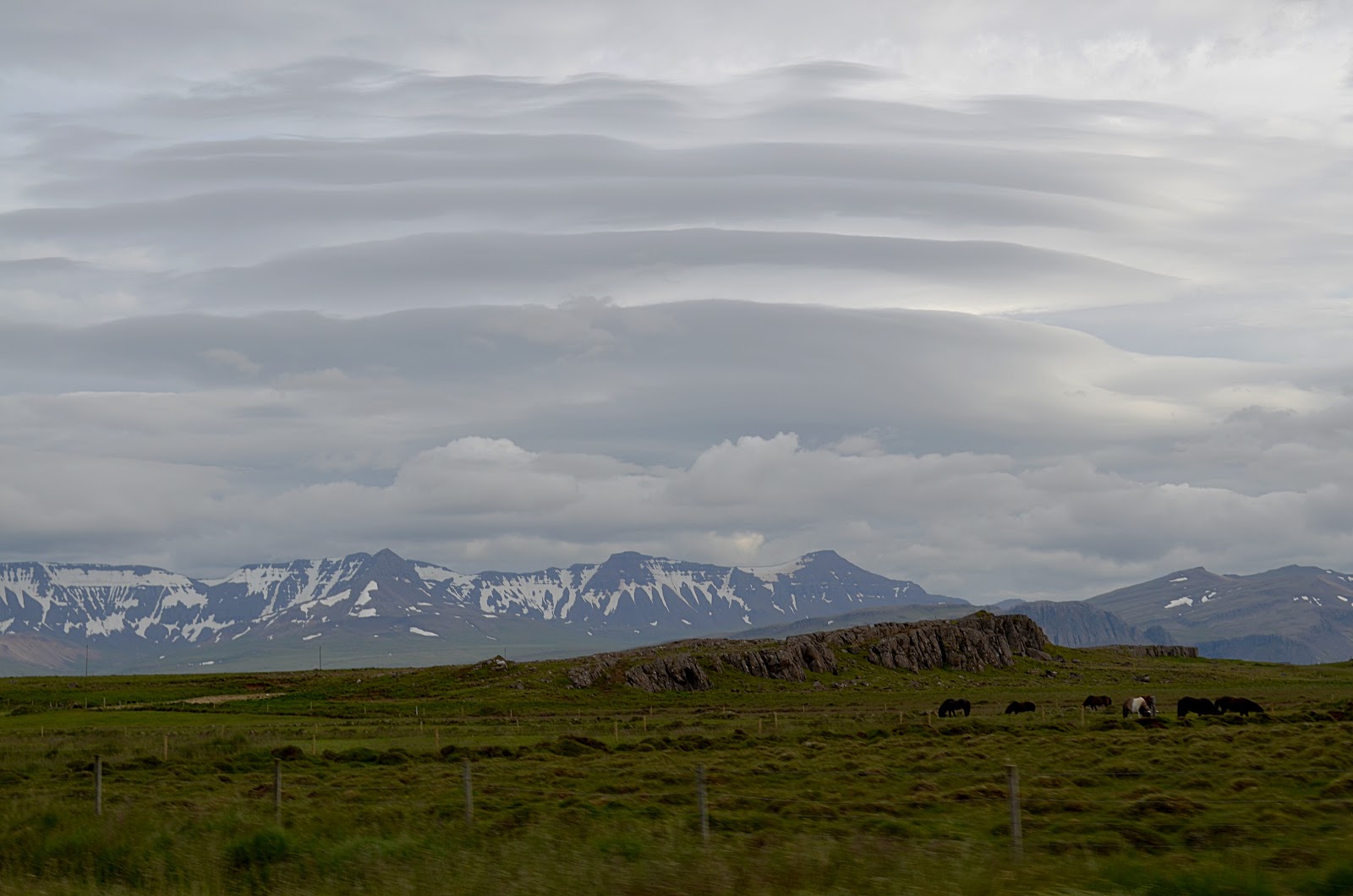 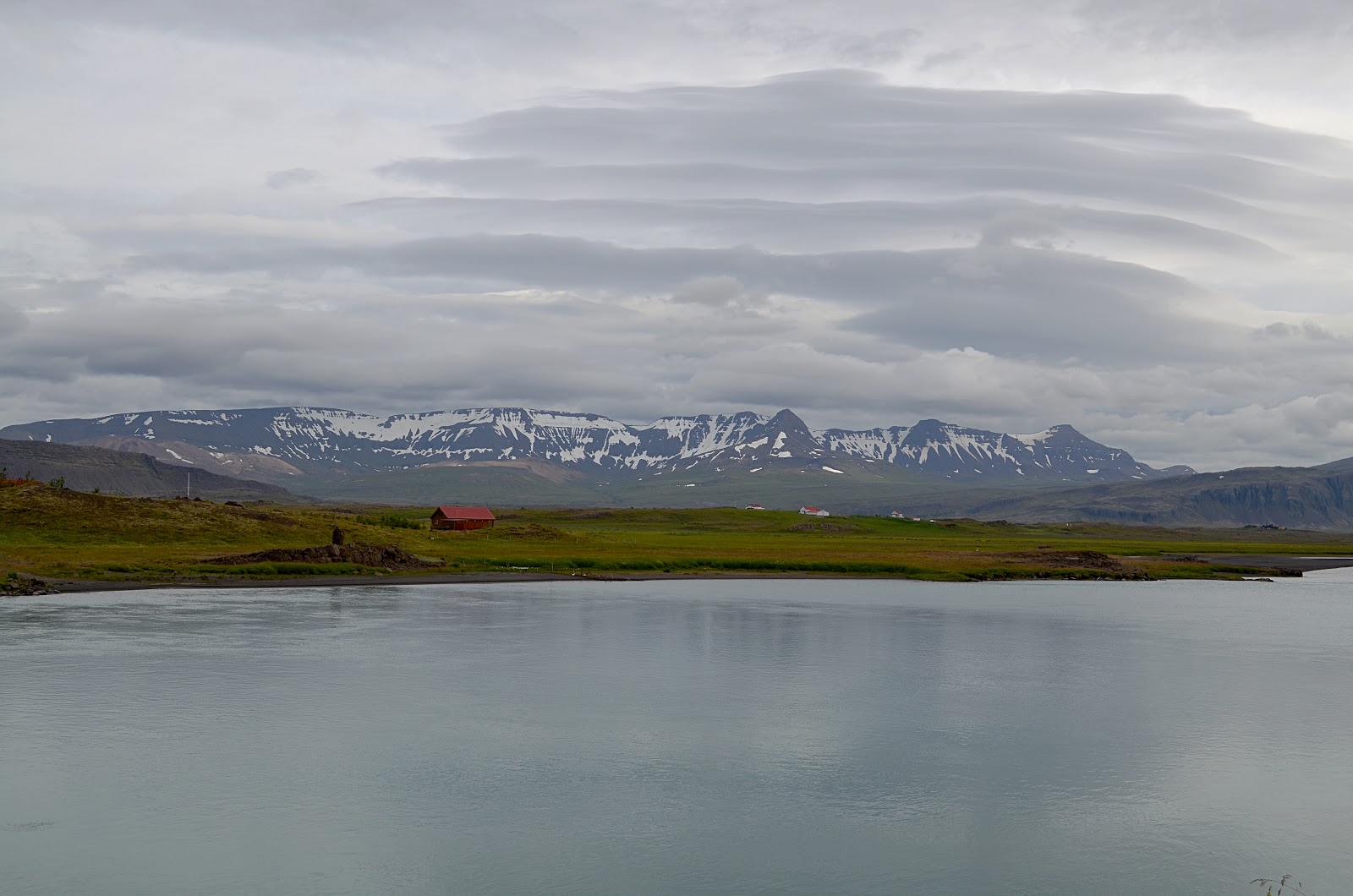 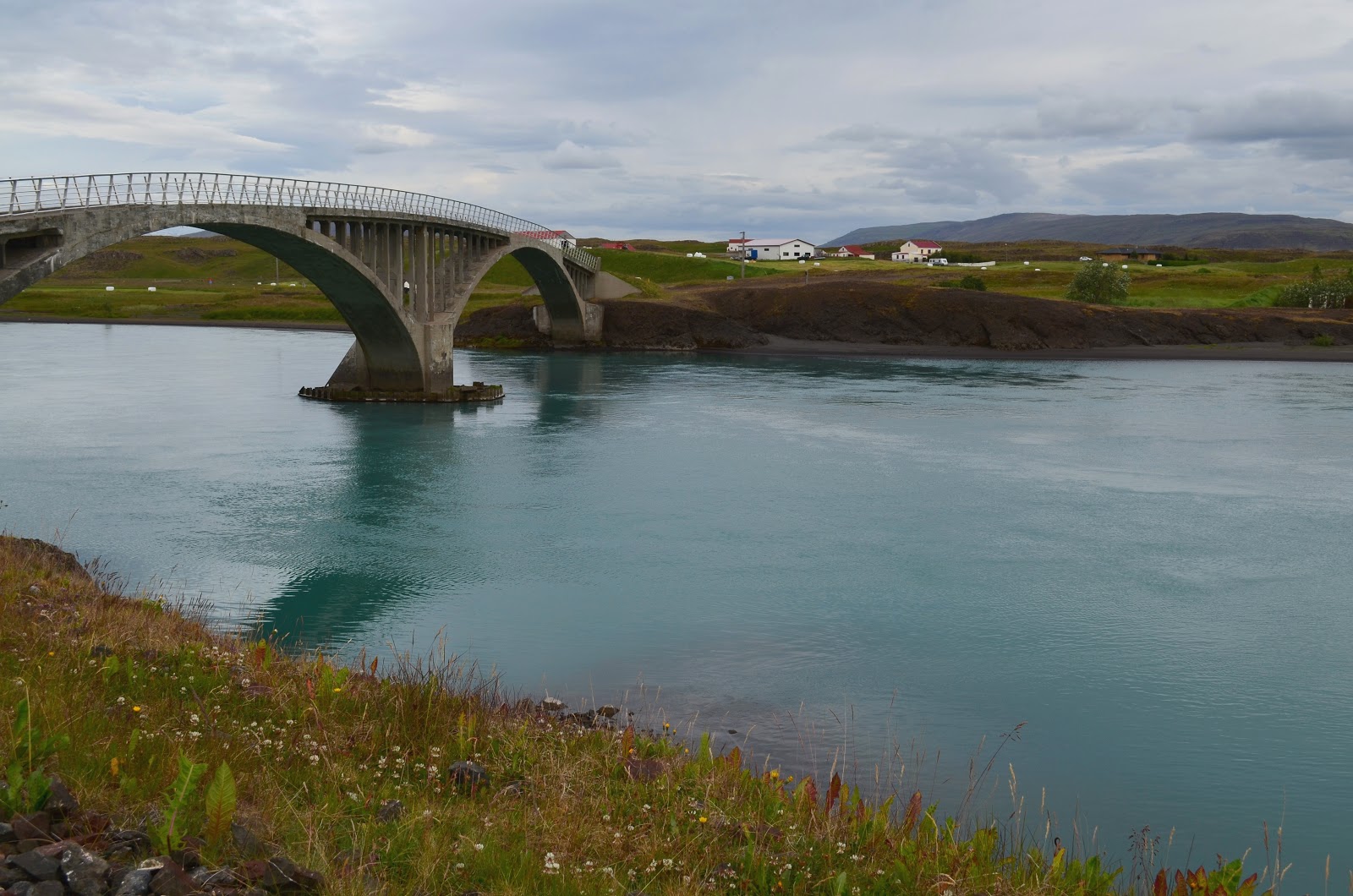 After taking an unplanned detour through the countryside on an F road (too stressed for pictures, apparently) we made it to Þingvellir (Þ pronounced th). This place is not much to look at - just some more beautiful countryside, really - but it is a site of incredible social, political, and geological importance, and one of Iceland's most visited sights.

Þingvellir is where the first parliament was established in 930. Politicians assembled here from its inception until 1798, although they only held legislative and judicial powers until 1271. In the early days there was only one paid member, the Lawspeaker, who would climb up on a rock and recite entire laws by memory to the assemblymen. Commoners also used this meeting place for markets, festivals, and feasts.

Geographically it is interesting for a couple of reasons: it is beside Iceland's largest natural lake, Þingvallavatin, and it is right on top of the separating tectonic plates of the mid-Atlantic ridge, which creates cool surface features like fissures, and causes occasional earthquakes.

We left Þingvellir at about 10pm, determined to see all the Golden Circle sites by the end of the day. Next up: active Strokkur geyser and site of the sleeping geyser of infamy, Geysir. 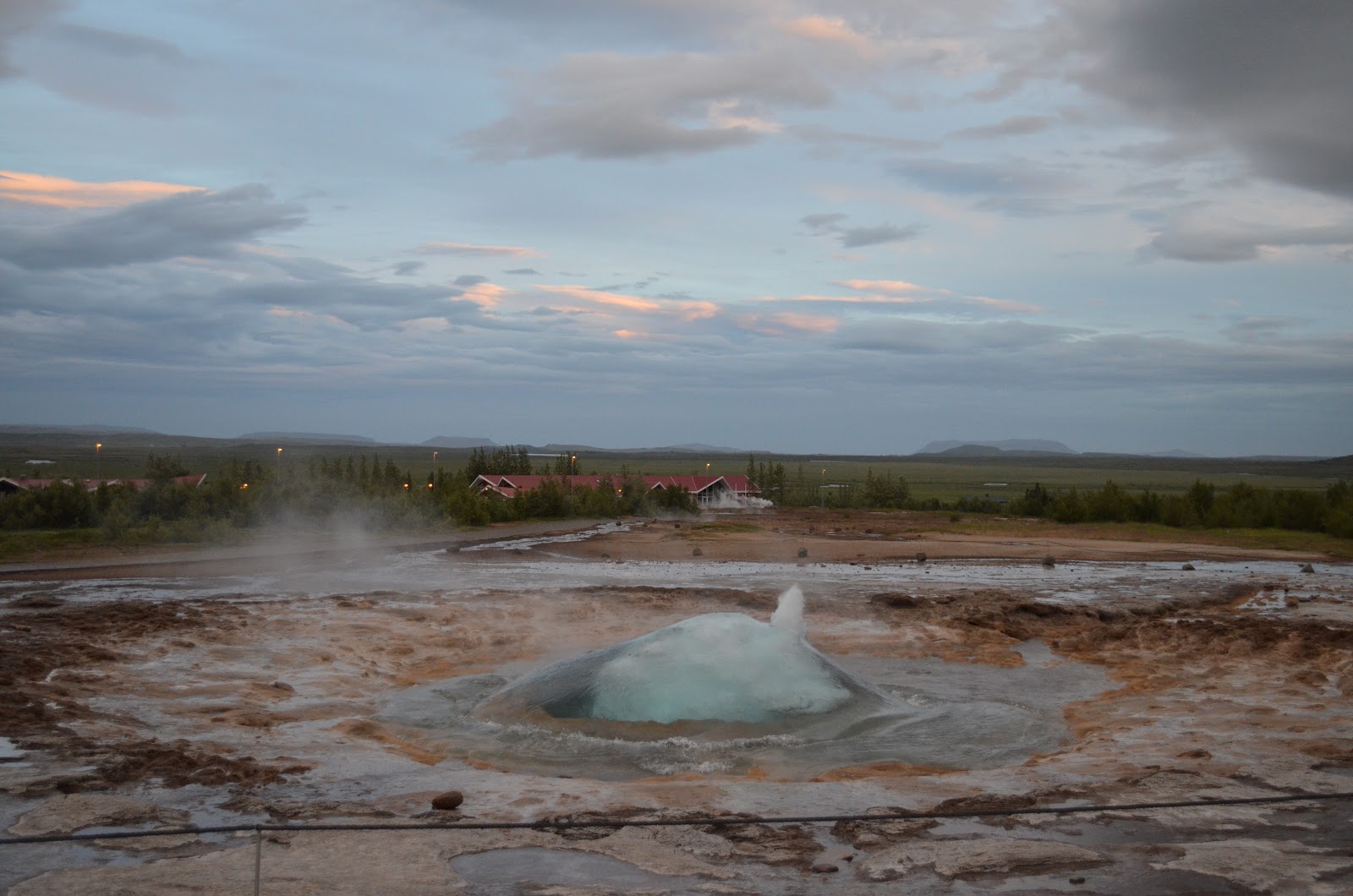 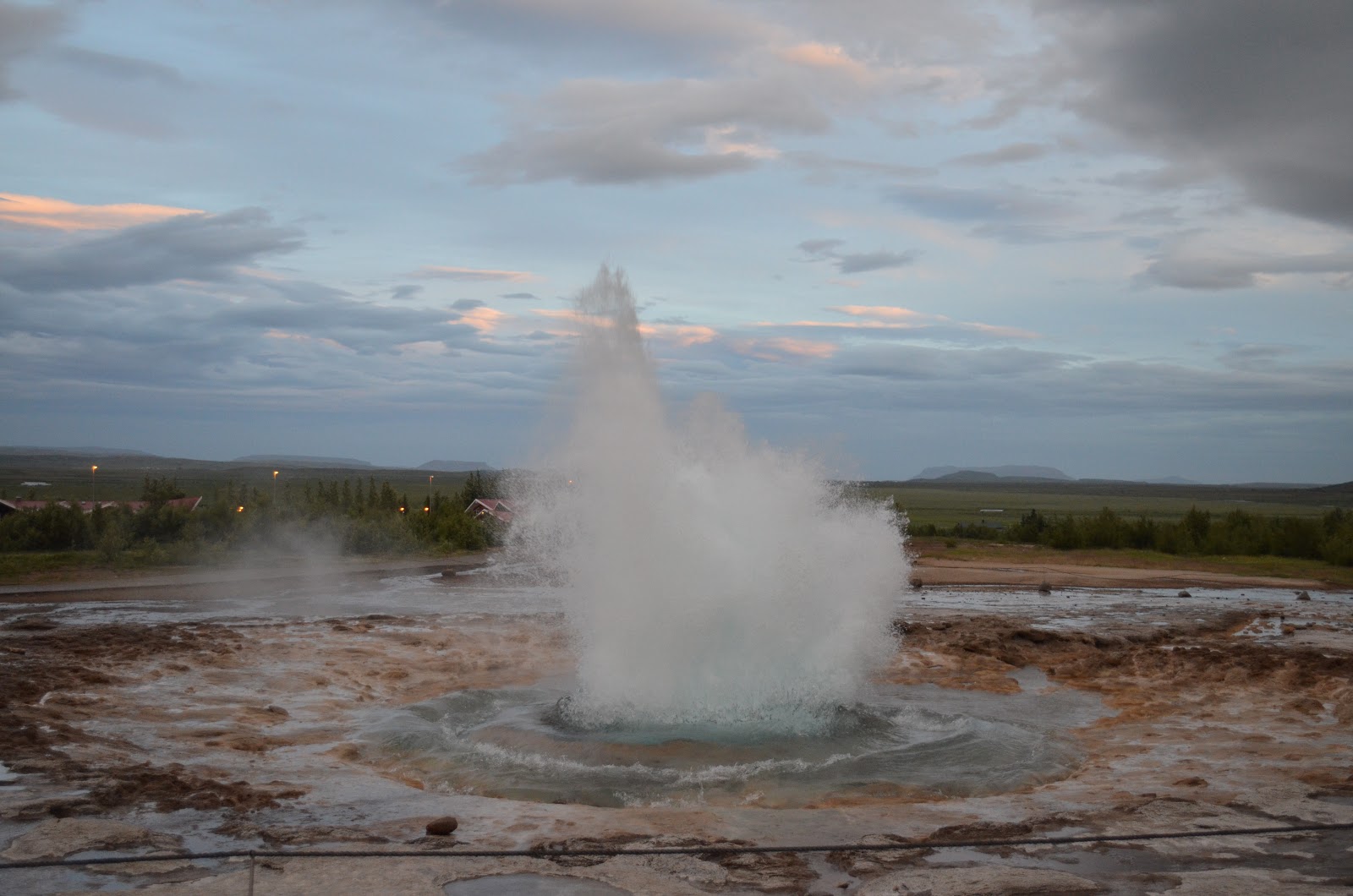 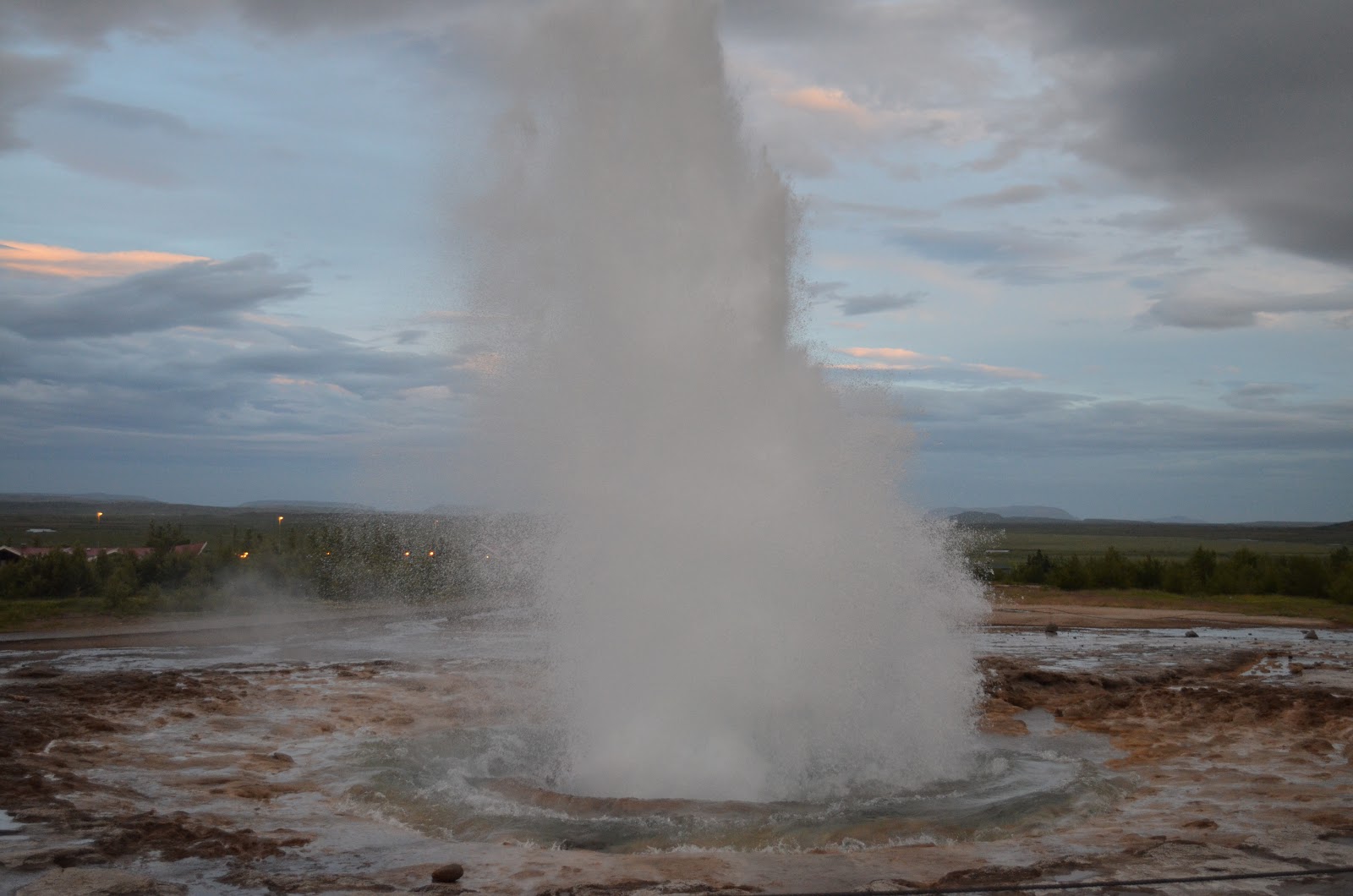 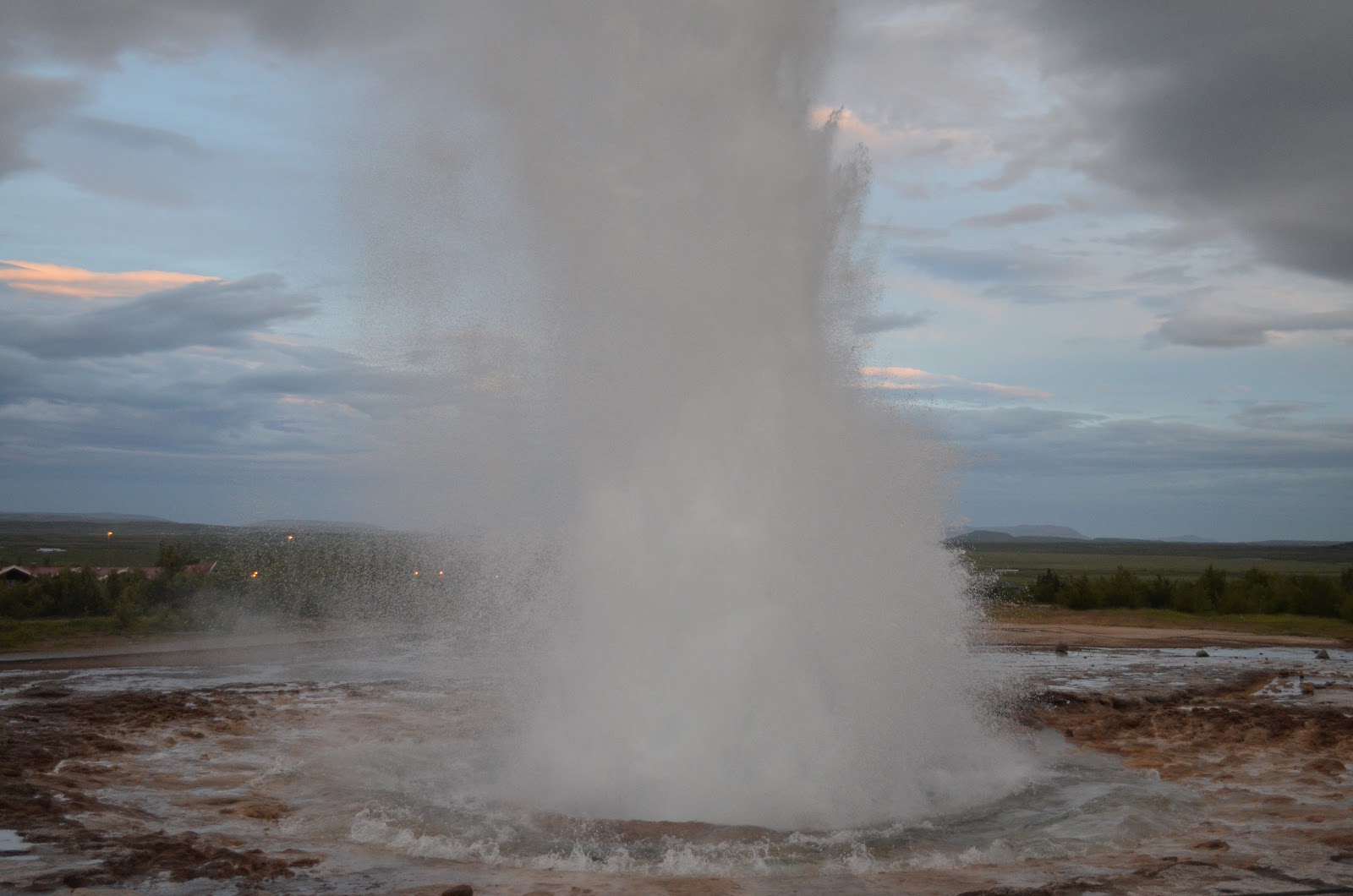 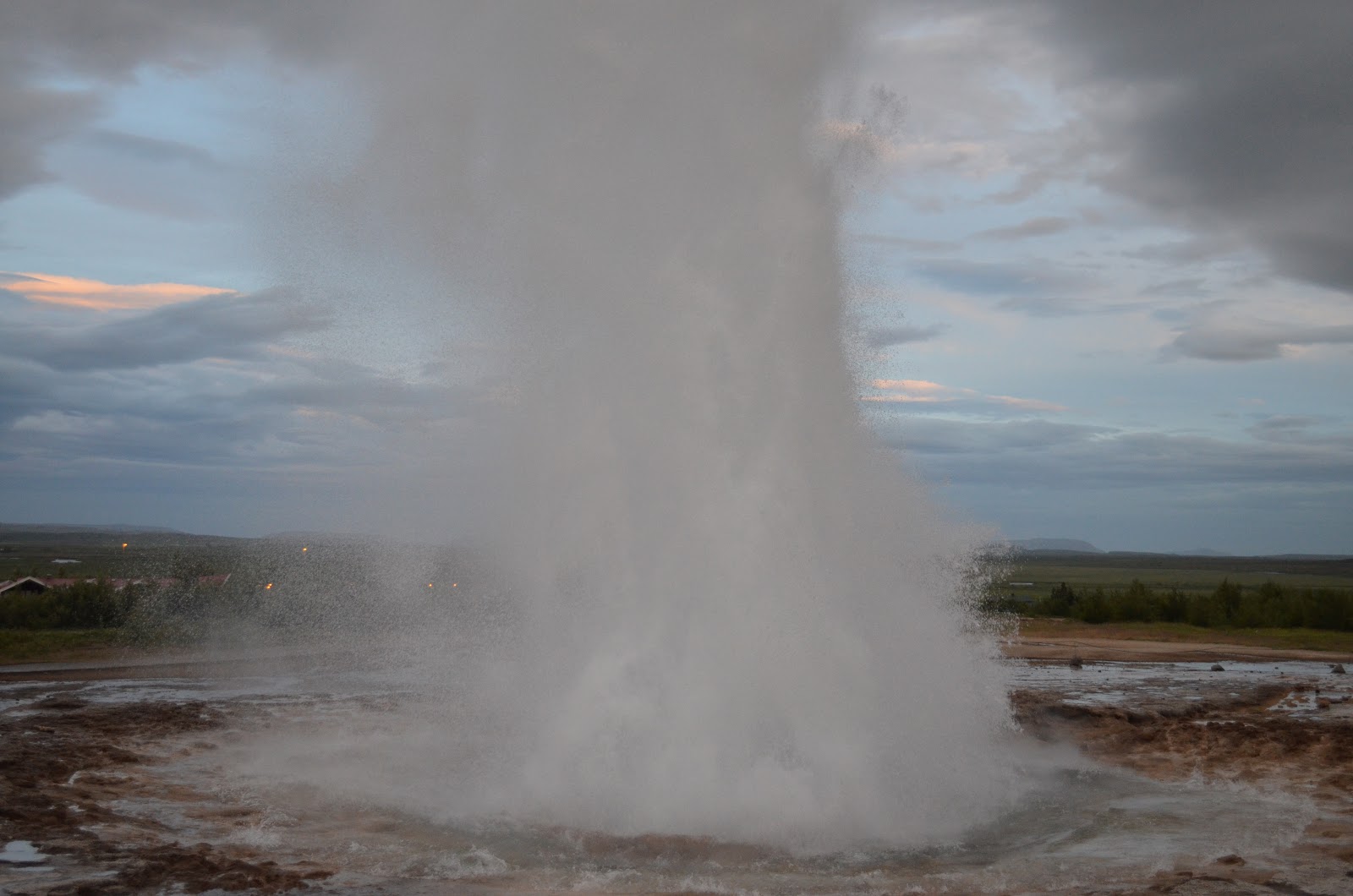 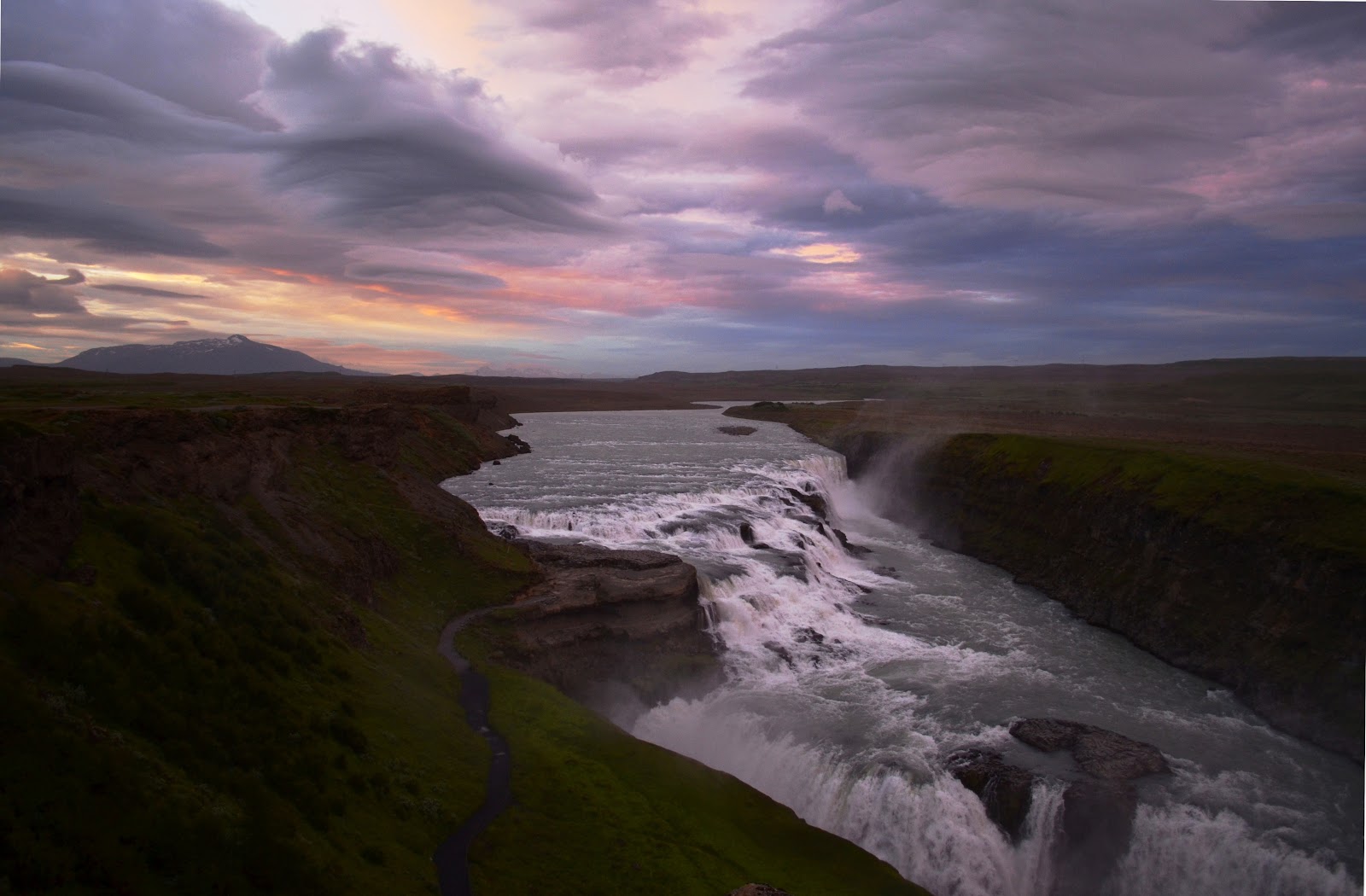 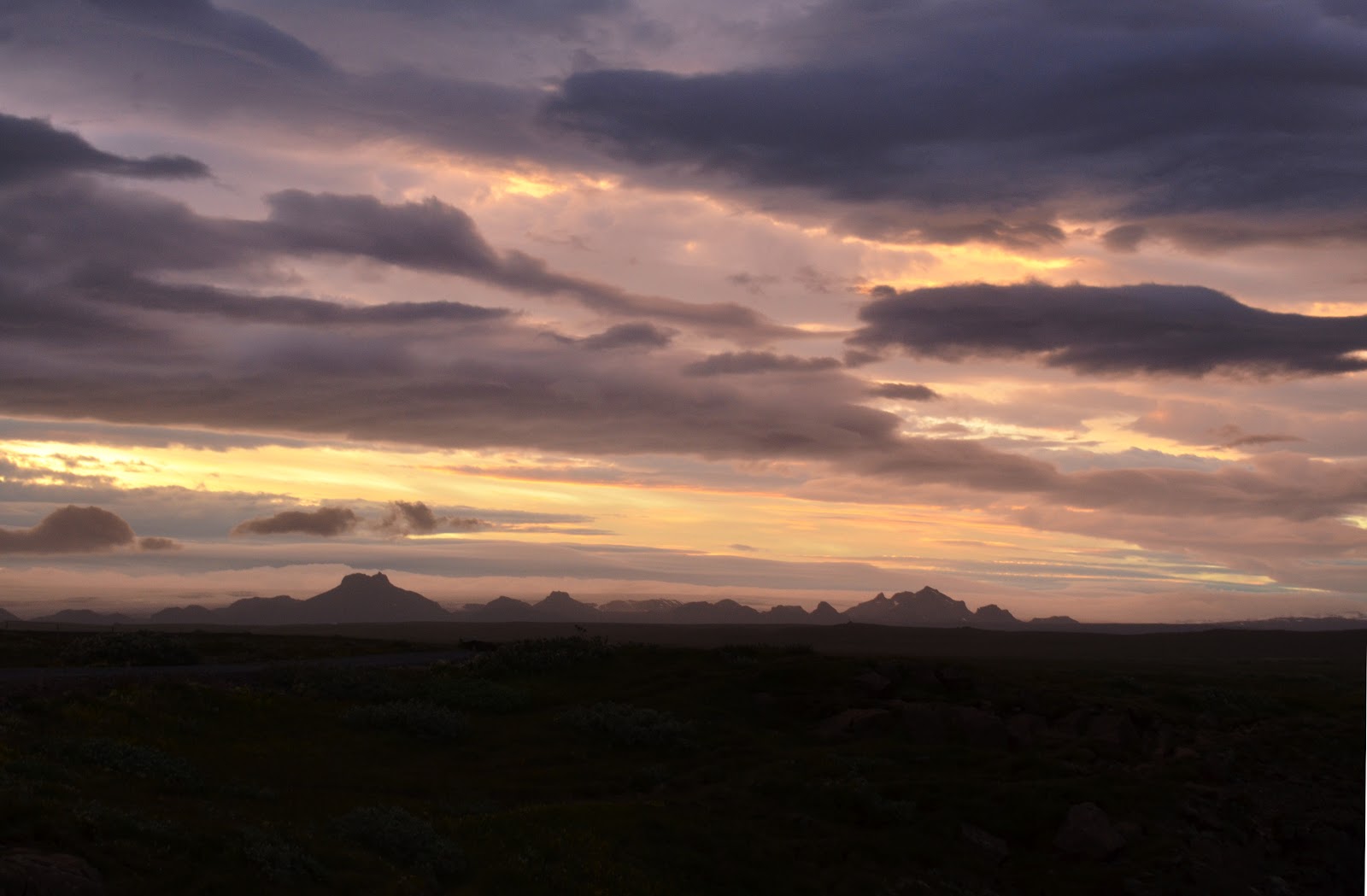 We drove back towards Þingvellir and found a grassy campsite for our last night in tents!

We left our campsite early and were in the city in no time. The task of getting all our camping gear and road trip grime out of the rental car was daunting, but the lovely rep at Iceland Car Rental let us take the car all the way to the hostel and they came to pick it up later. Fantastic!

We dumped our gear in the lobby of the swankier-than-expected Kex Hostel and went to get food and see a bit of the city before checking into our room. We walked along the waterfront, hit up an indoor market (where we sampled the famous putrefied shark), and saw one of the main streets downtown before retiring back to Kex for a thorough de-griming. Fortuitously, we checked into the hostel on the day of their Block Party - a 12-hour music show right on our patio that we enjoyed over beers, and during dinner, and in the shower, and then late into the evening. 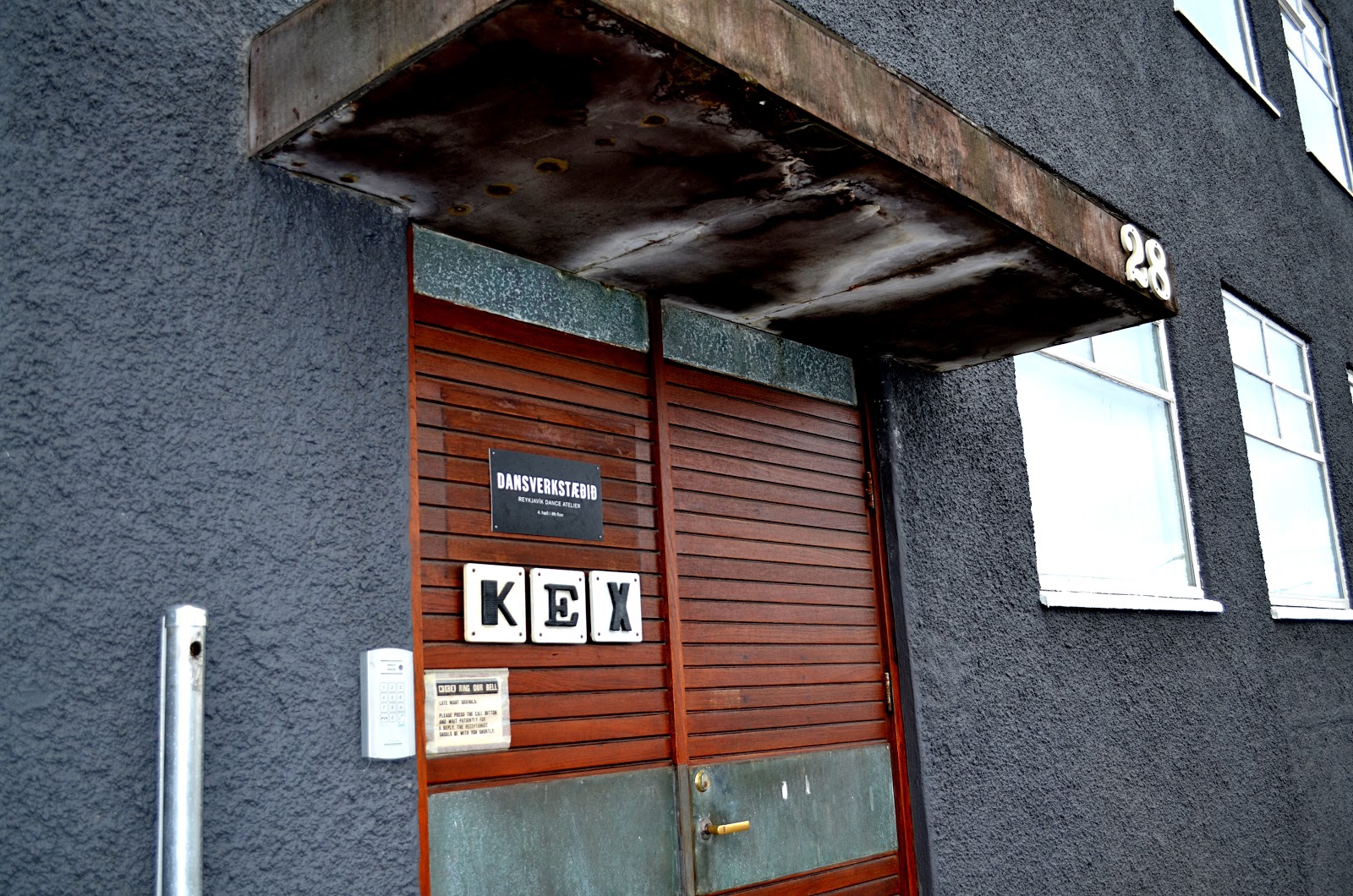 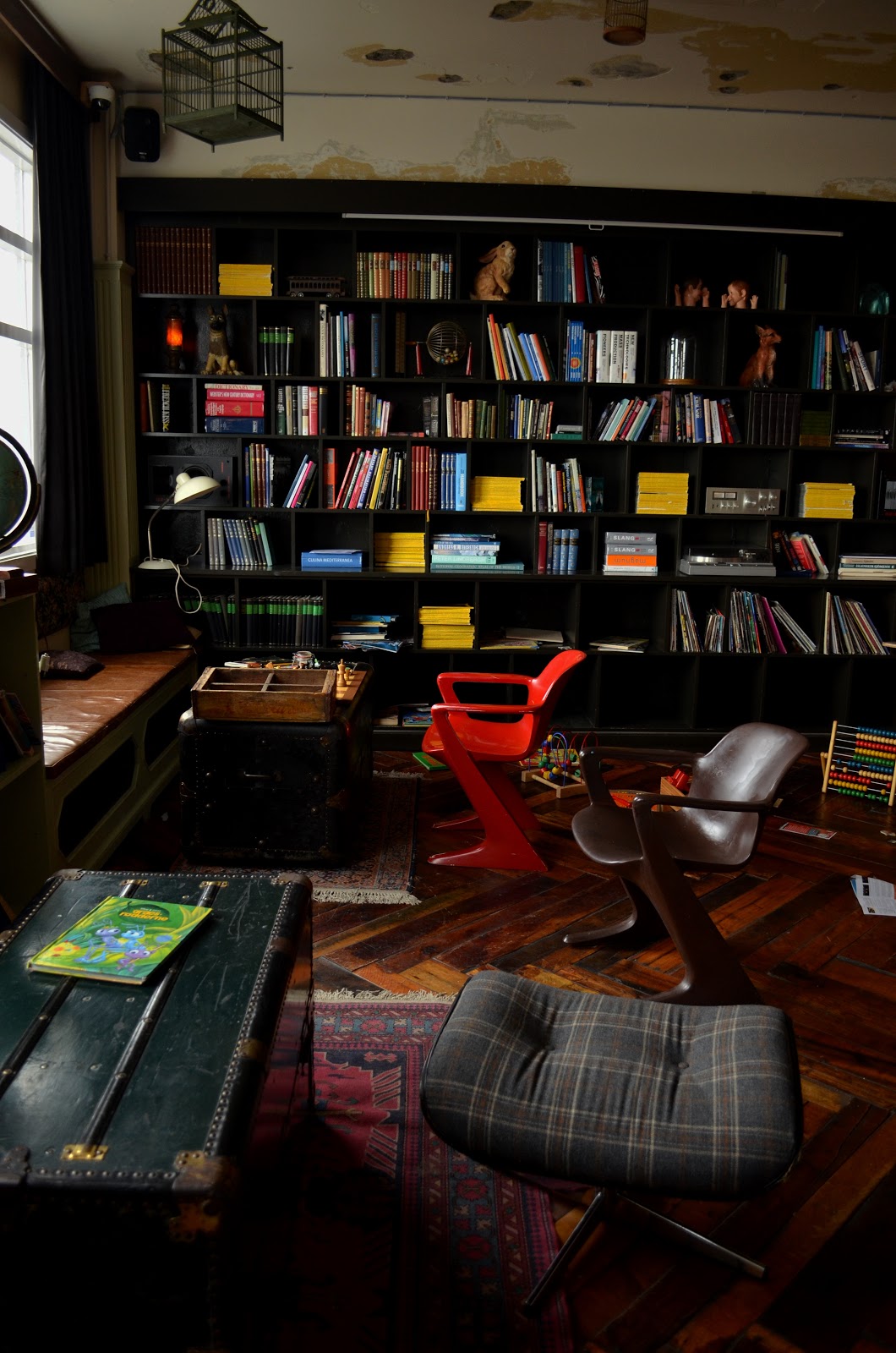 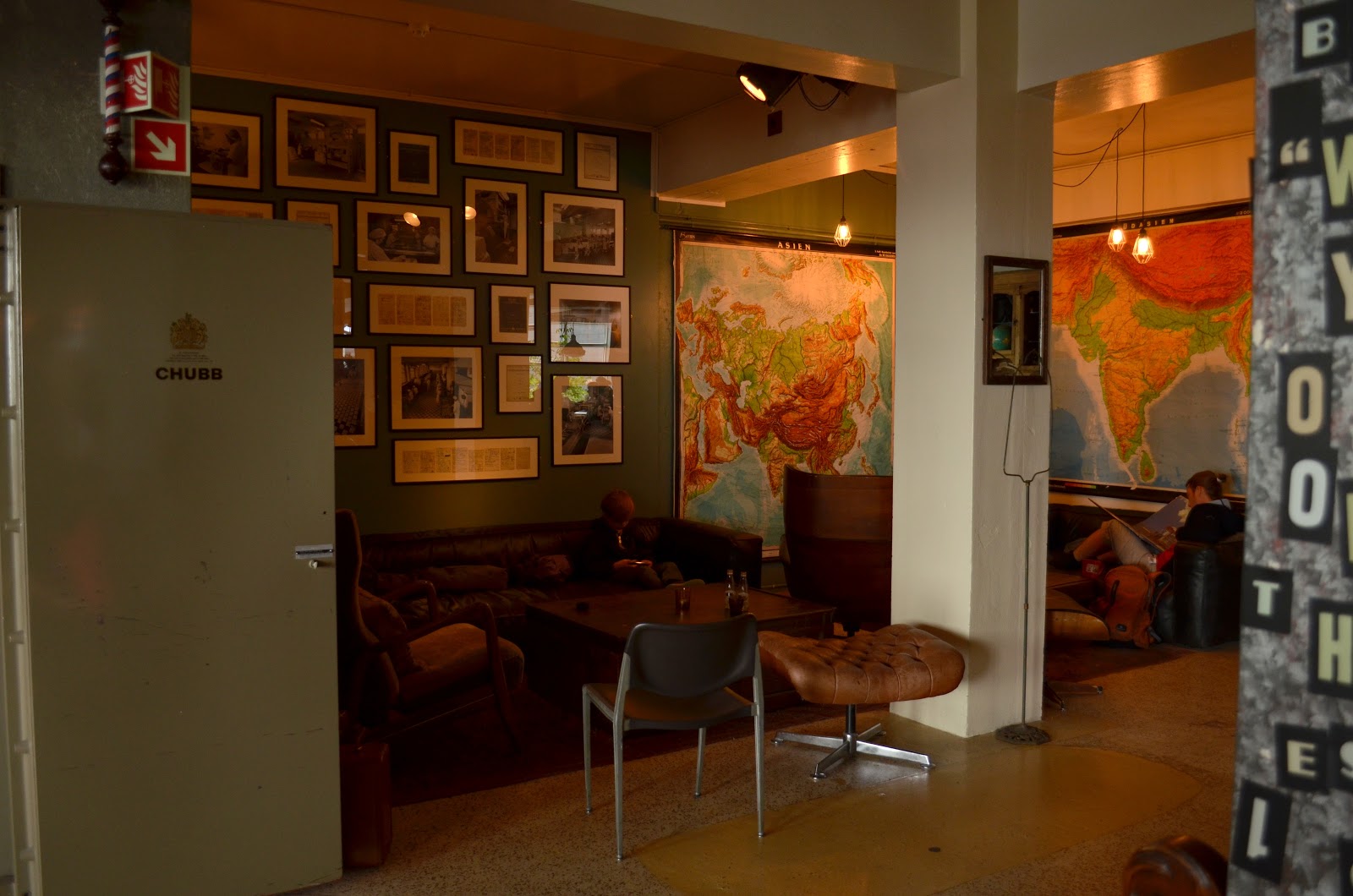 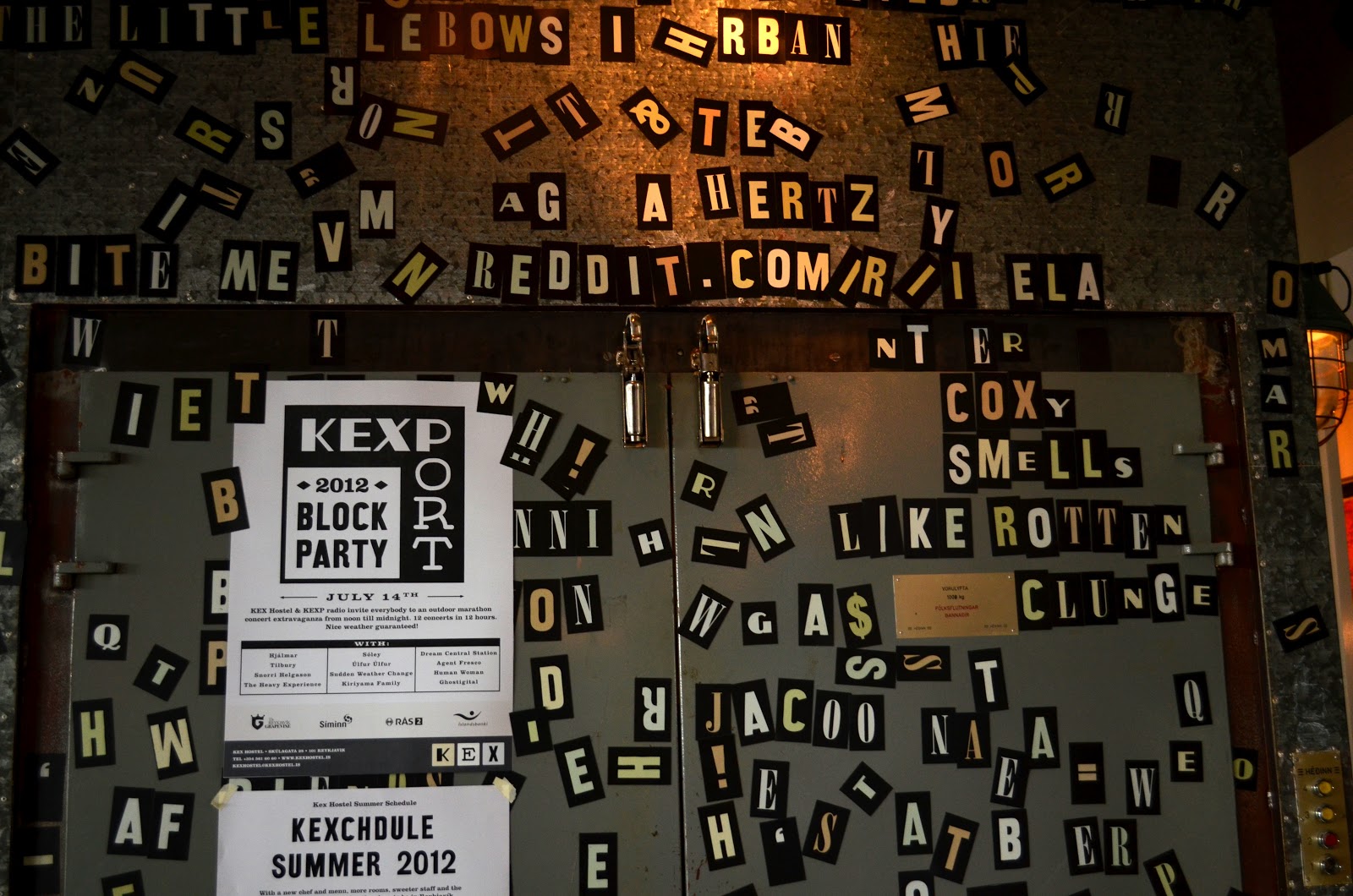 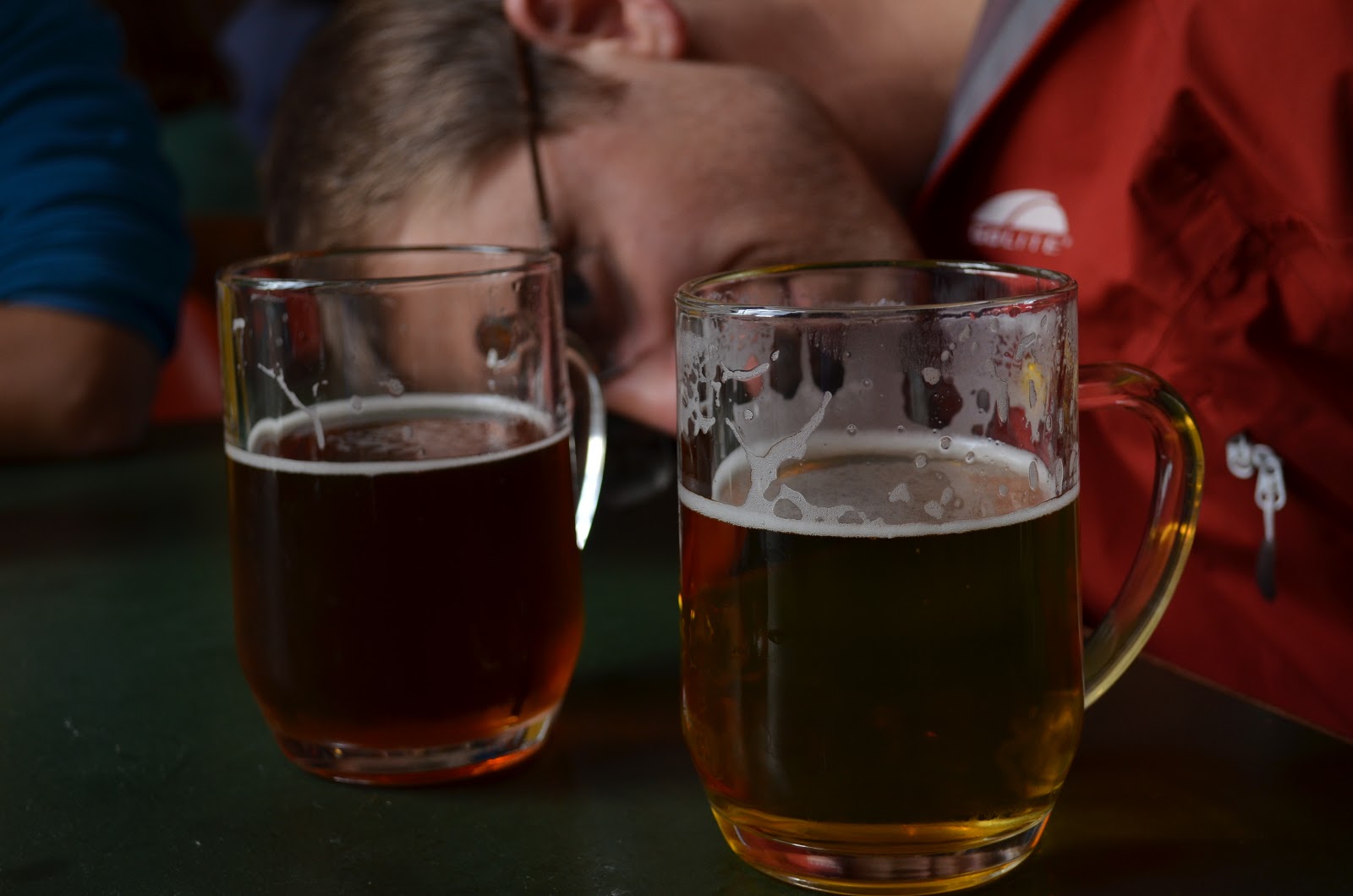 A couple of sights from our first roam around the city: 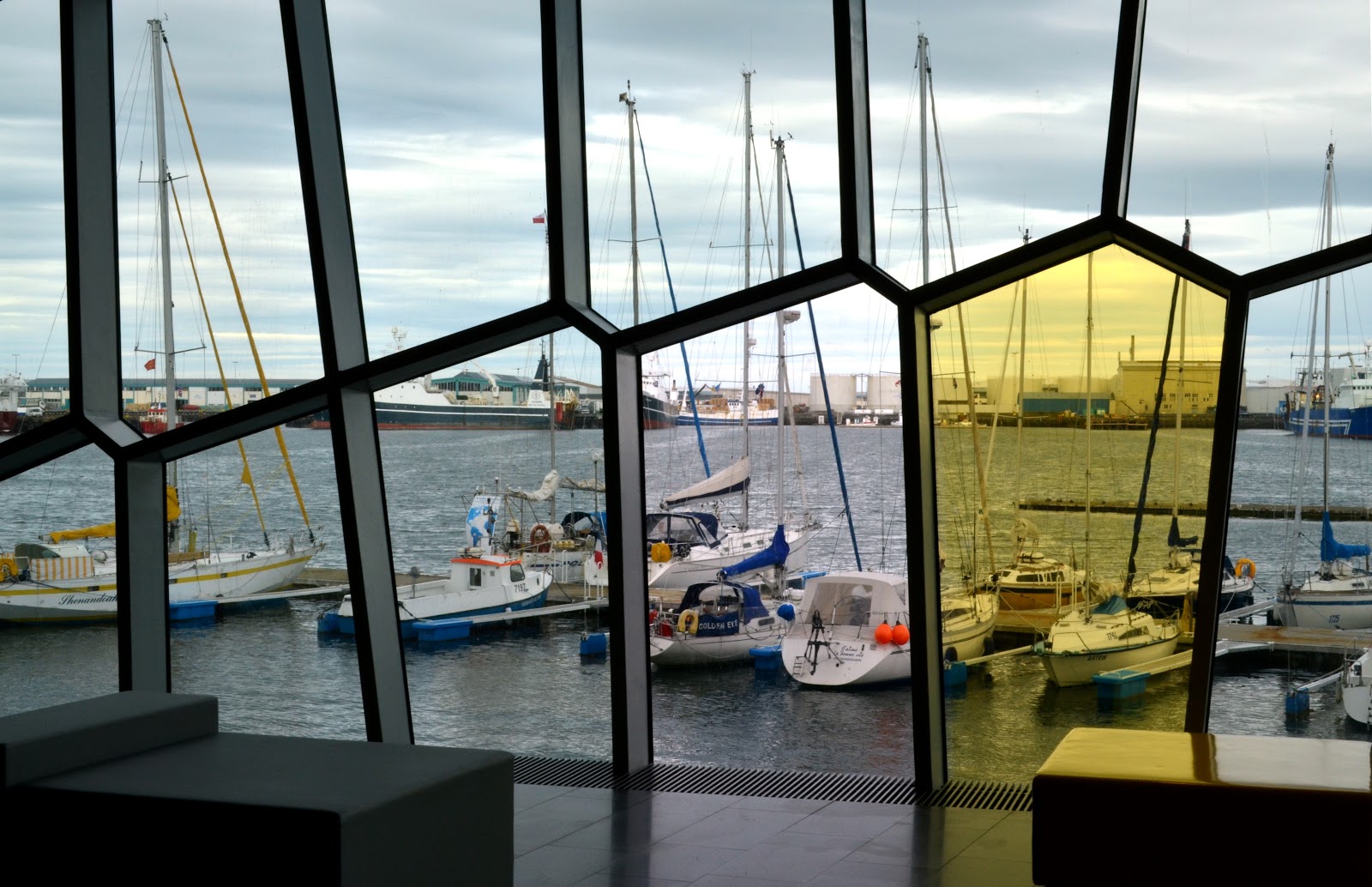 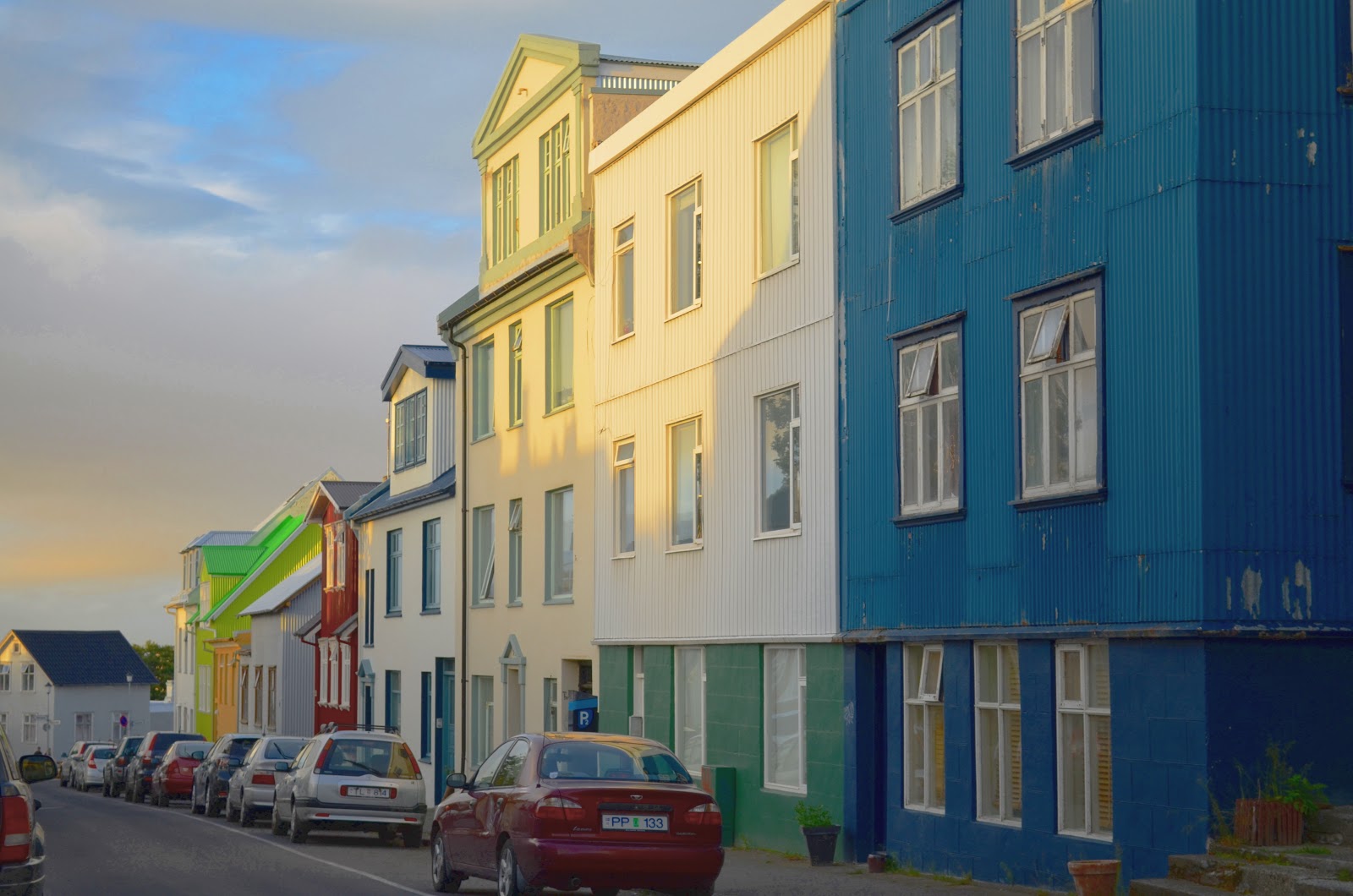 Next post will conclude the trip. Stay tuned!
Posted by Carl and Tory Bauer at 12:35 PM

I seriously cannot get over how beautiful Iceland is in your pictures. And neat information about the political center- I had no idea Iceland had centralized government so long ago. Your hostel really does look like hipster central! Can't wait to see more.

It's all gorgeous, but I think my favorite photo is of the geyser water boil just before the explosion. So interesting to see that moment frozen in time. -F

Hmm it looks like your website ate my first comment (it was super
long) so I guess I'll just sum it up what I submitted and say, I'm thoroughly enjoying your blog.

I too am an aspiring blog writer but I'm still new to everything. Do you have any recommendations for rookie blog writers? I'd
genuinely appreciate it.

Look into my page: http://www.tbsfa.net/guestbook/index.php

By going to Car Rental 8 you can discover cheap car hire from over 50,000 locations worldwide.