Yes! Finally! A long weekend! And we were sure to pack a few events in there. First, on Saturday, the wedding of Ian and Heather...

Held in the hills above Tabernash, CO (elevation: 8326 feet), the backdrop to their ceremony was (possibly, ahem) as breathtaking as the wedding itself. (Of course, we wouldn't know, as we misjudged the driving time and arrived *minutes* after the conclusion of the ceremony. -yeesh- At least there were four of us tardy; enough to dilute the guilt bath a bit...)
Nevertheless, some pictures of the ceremony site follow:
Gorgeous! 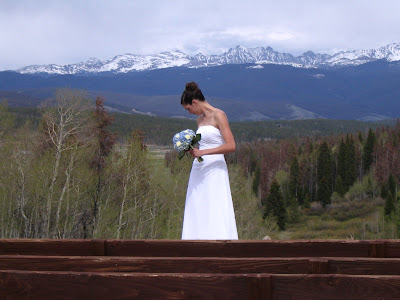 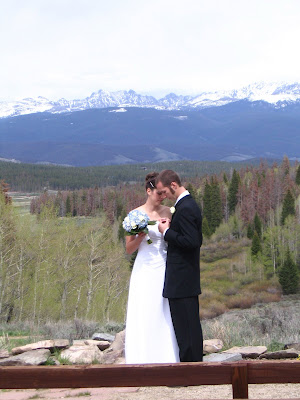 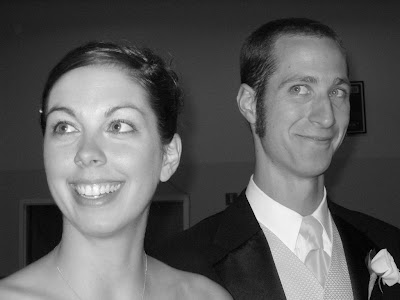 The guilty four, shamelessly enjoying ourselves at the reception... 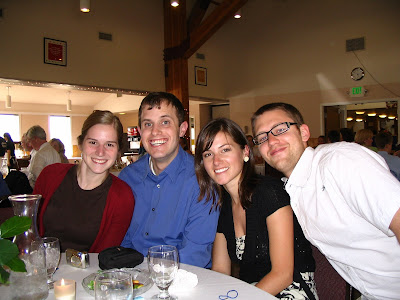 Chris and Taryn, getting rowdy. Chris's uvula makes an appearance. 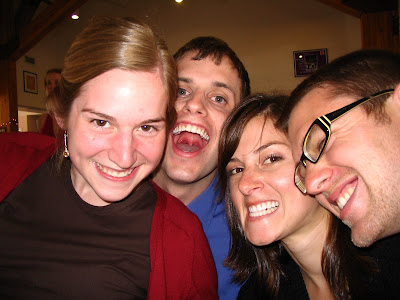 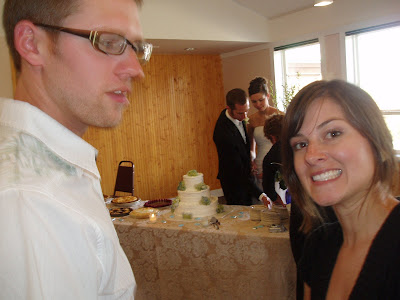 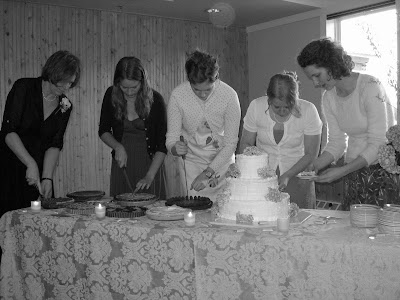 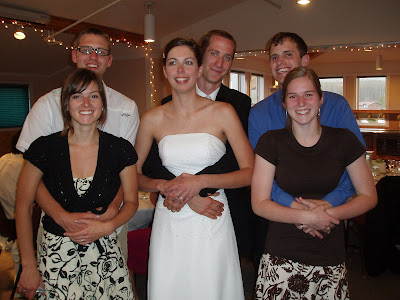 On Sunday we rode our bikes downtown to the Boulder Creek Festival for some sun, booth browsing and good music. The whole event was much bigger than we expected, with full-on carnival rides, and multiple performance stages right in the middle of our little downtown park.

The shortest rollercoaster in the known world (you are looking at ~1/4 of the entire track): 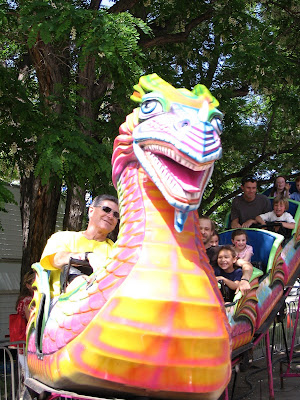 Here's a cool idea. We don't know if it works, though, as no one was actually riding it around and it looked like it would snap if either of us tried to mount it. 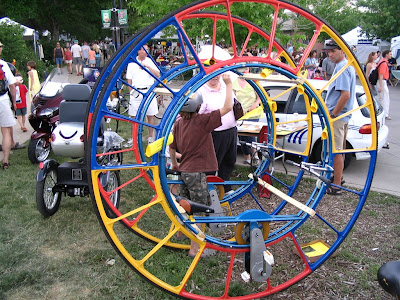 The actual Memorial Day is almost forgotten around here because of the world-famous 10K race called the Bolder Boulder. This year, more than 50,000 people (including us) participated, basically shutting down the entire city for the entire day. From 7-9 am, over one hundred heats start weaving their way through Boulder city and residential streets and end up in the CU football stadium. Then it's piles of free samples from various health food and running gear booths before the long walk home. You can go here and search for "Carl Bauer" to see some in-race photos of me struggling not to lose consciousness. Meanwhile Tory takes it like a stroll to the mailbox. They messed up on Tory's race pictures, so those are all we have. Then there's this gem after we got home: 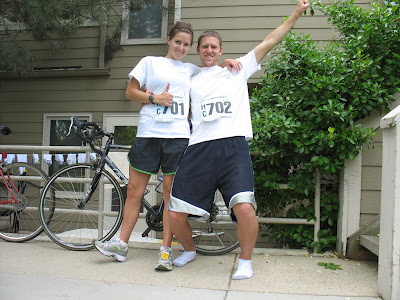 And that's not even the last story for the weekend. Later that day, Tory spotted this beauty next to the dumpster at our apartment complex. Free kayak anyone? 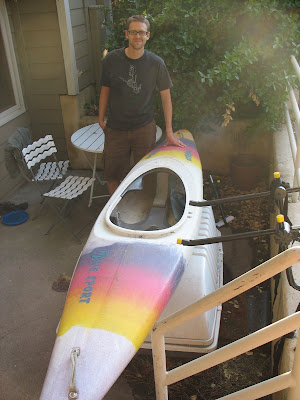 Okay, so it needs a paint job and I need a paddle, lifejacket, spray skirt, and helmet (and probably some lessons), but hot dog, what a find!

A test drive in the community pool. 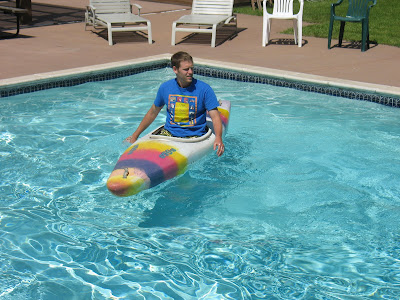 It was a long, fun-filled weekend and we can't wait until our next government-issued day off. Thanks, the man!
Posted by Carl and Tory Bauer at 10:13 PM