Back in March/April 09: My sis had some plane ticket credits around, about to expire, so my brother and I used them to spend a weekend in Gig Harbor. We kept it a secret from the parents, arranging a clandestine airport pickup. I think my favorite quote from mom as we barged in was "You dopes!" and from dad: "Well, I wish you would have let me know sooner; I could have had some work ready for you!" (both quotes of course came with big smiles)

Quickly after our surprise, we sunk into the usual exhilarating Bauer household fun: 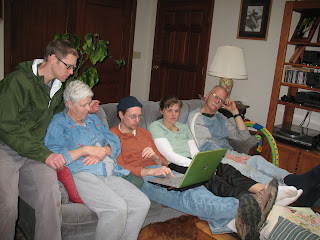 doesn't everyone look enthralled at Paul's latest garden photos? or maybe he's teaching us some python.

No, we wouldn't be doing that for too long. Not with the best baby in the world in town. Bam, pictures! 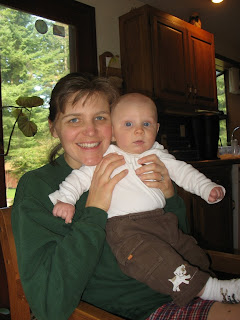 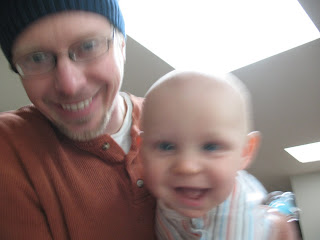 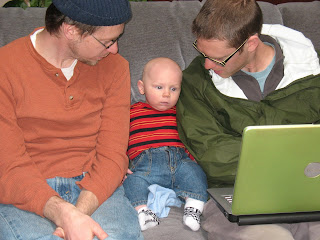 "And this is how you keep lookup costs constant while maximizing the load factor of your hash table." Actually I think we're more confused than him at this point. 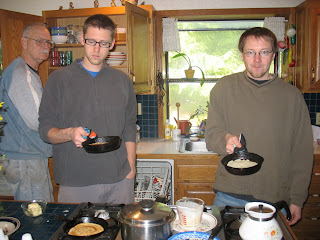 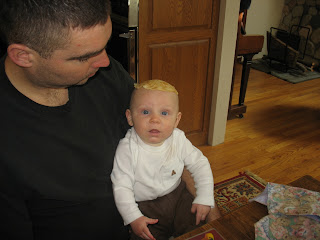 Besides some library dvds, our evenings were occupied by a childhood game called BoobyTrap. Pretty simple, but oh so stressful. Red - 5pts, Blue - 2pts, Yellow - 1pt and if the spring-loaded wall moves more than 1/4inch on your pull, you have to ditch the peg and lose your turn. Here was a particularly precarious result. Which would you pull? 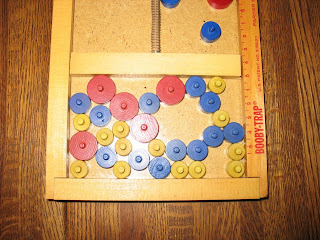 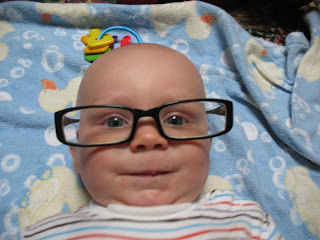 On our last day together, we took a walk in some new trails carved out of a couple blocks of forest near our house. The community has plans to raze it to the ground and put a park with baseball/soccer fields in its place. What a shame. Mom and Dad fought to the bitter end, but couldn't hold off the slew of young parents. Did you know England used to be entirely forested? Now it is bare as Rabbi Camden's noggin. Speaking of, here he is 4x4ing in the trails. We think Keith should outfit his ride with a little 2-stroke. 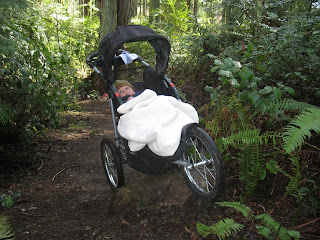 Much less activity than our usual visits, but fun all the same, what with the baby action and all.
Posted by Carl and Tory Bauer at 7:11 PM