At the end of August I "quit" my job (where I am still working to this day) and spent close to a month with the fam! It was probably way too long for them, but I enjoyed myself.

Our first major event, in celebration of 2 August birthdays (me and dad), was a fancy dinner in Laguna Beach followed by an evening at Pageant of the Masters. The show, for interested parties out there, is a series of live recreations of famous works of art on stage. The creators use special makeup, costume and lighting techniques to make the recreation look 2-dimensional and they are spectacular at it. Each year they feature a new theme and "The Muse" this year featured works by Gauguin, Dali, Monet and others.

No cameras allowed inside, but here are some hellions before the show... 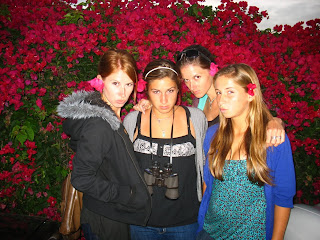 Next we headed out desert-way and made a pit stop at this insane racetrack where we were made to drive way too fast in unforgiving heat with little in the way of protective comforts for our bones and skin and other vital bits. They did supply us with jackets. and helmets. But none of this helped me feel less like I would crash and die if I didn't slow to a crawl around every turn. Wimp alert! Dad and Allie must have gotten extra-padded jackets because they didn't seem to take issue with the 60 mile-per-hour-ness of the whole experience. Phoebe had the handicap excuse of having no driving experience, and I tried the "slow car" defense, but in the end had no choice but to wallow in my chicken soup.

See for yourself. Lucky to be alive I tell ya. 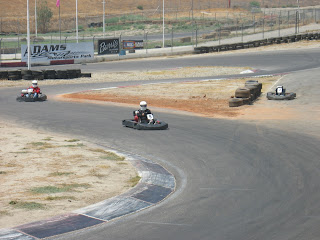 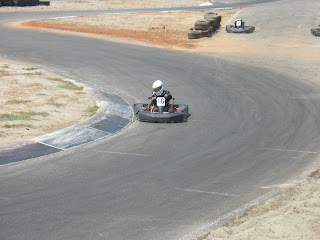 Our destination for the day was this oasis in the middle of Palm Desert. 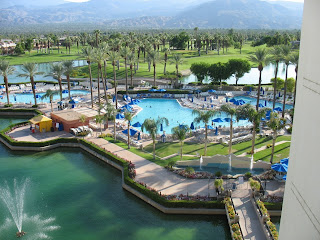 There were parrots and other conversational birds in the lobby. Talking with them was fun at first, but this guy entranced me in a stare-down that was just plain creepy. By the end he had convinced me that he had a soul and was tired of our tourist games. It was weird. 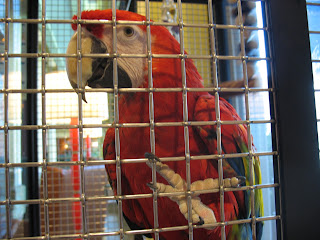 We spent time lounging by the pools and enjoying Palm Desert, and made a day trip to conquer Mt. San Jacinto. The day went like this: depart resort (elev. 220ft), drive to the tramway station (elev. 2,643ft), ride the aerial tram to the trail head (elev. 8,516ft), hike, summit the peak (elev. 10,834ft), then reverse. Booya! 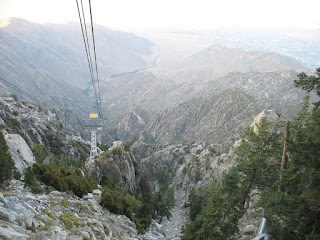 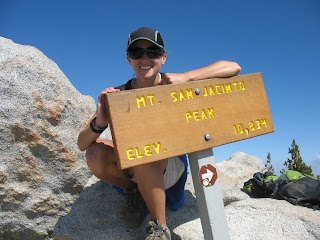 Our final stop on the journey was the grandparent's timeshare condo in Sedona, AZ. This has become an annual trip for whomever can make it.
I love going. Sedona is beautiful. 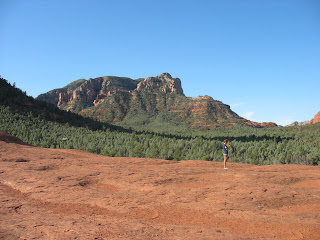 This year Dad rented a Jeep and ohmygosh.itwasfun. I am generally anti-motorized vehicles (dirt bikes, trucks, ski mobiles, etc) on any wilderness trail because the sound of revving motors just doesn't jive with my nature/solitude/get-away-from-people time. And I have been specifically anti-Jeep after Carl and I spent an entire week of Spring break one year competing with Jeepers Creepers on the mountain biking trails of Moab. I found, however, as I sat behind the wheel of the armored behemoth, hikers really are the bigger nuisance...so small and slow...
Out of the way hippies! This is my trail. 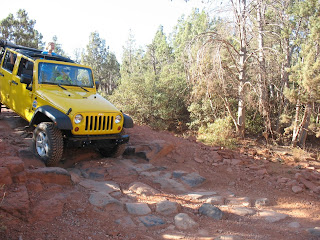 wow- that does sound pretty much awesome!

Hope you can go back and save that poor bird someday. = )