Let me start by saying that I know this whole thing is maybe a little overindulgent, theatrical, and beardy, but, I LOVE IT.  For anyone who missed my squeals of excitement for the weeks leading up to the show, here's what went down: my friend Lauren and I caught a plane to Austin, Texas mid-morning on a Tuesday, caught a bus to downtown, caught a show, and caught a plane back to Colorado at 6 am Wednesday morning.  That's the bare bones run-down. The point: to see 3 fun, folksy, wonderful bands at one stop along their whimsical railroad tour across the Southern US - Old Crow Medicine Show, Edward Sharpe and the Magnetic Zeros, Mumford and Sons. If you've never heard of any of these bands, and don't care to look them up, here are some adjectives that should help paint the picture: old-timey, sepia-toned, banjo-y, Depression-era Americana folk dust-bowlers.
Again, I understand that this tour comes off as "schtick" to some (see example below), but the whole experience makes me feel good for some reason, and I love the music, so I buy into it one hundred percent. So there.
An article from Austin's A.V Club website, entitled, "Mumford and Sons fulfill destiny, book tour on vintage locomotive" said this:

"Last fall, The A.V. Club's own Steven Hyden memorably described English folkees Mumford and Sons as "hokey cornpone-ographers," a descriptor the band will take to its logical conclusion by embarking on a six-stop tour of the American Southwest on a fucking train. Said train will be composed of vintage railcars from the mid-20th century and also carry the members of Edward Sharpe & The Magnetic Zeros and Old Crow Medicine Show, because of course it will."

Without further ado, here are pics from Austin and the show. 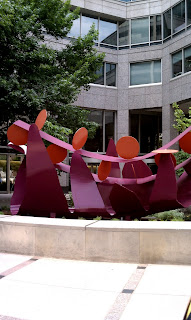 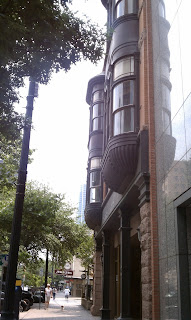 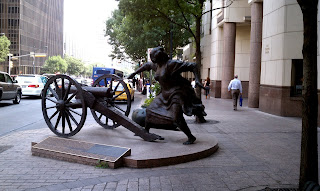 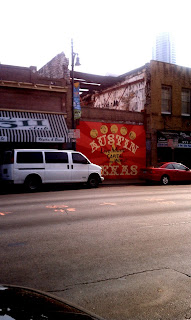 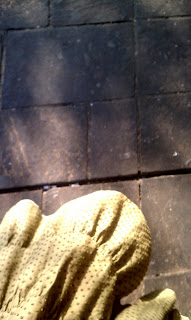 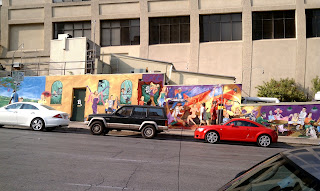 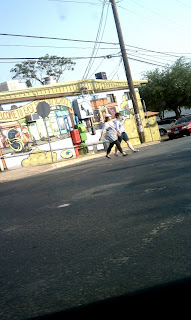 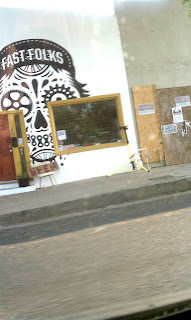 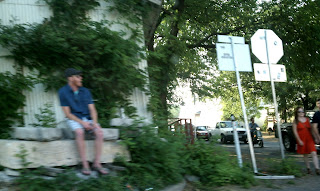 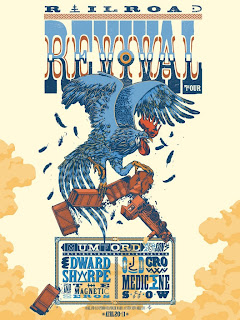 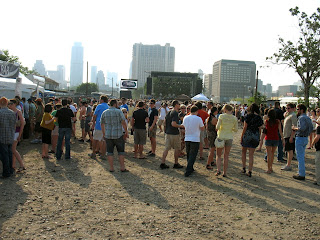 the venue @ 4th and Waller 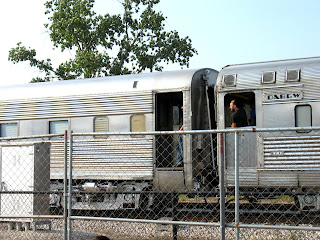 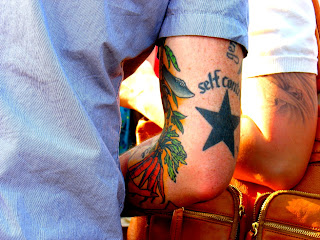 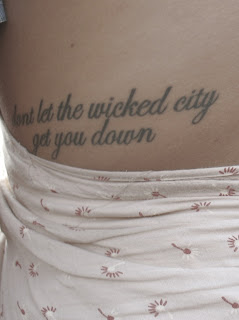 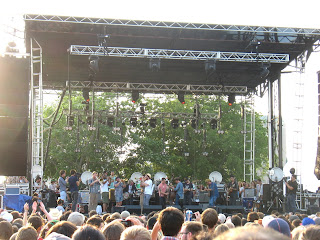 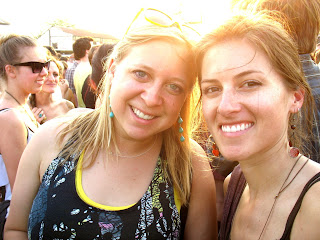 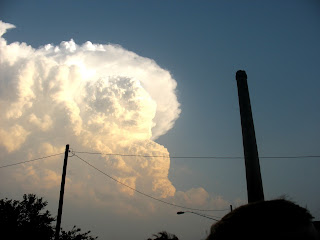 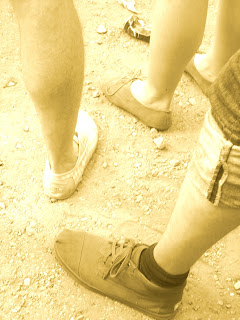 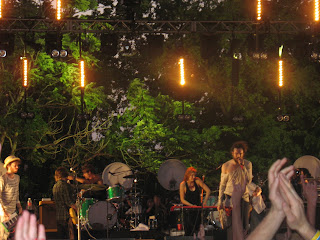 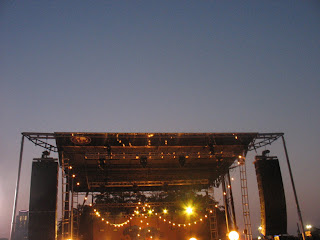 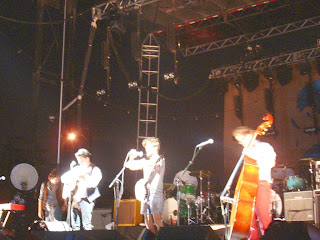 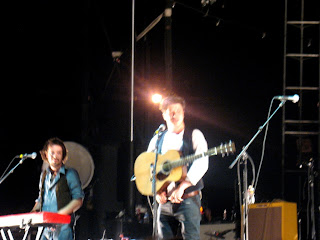 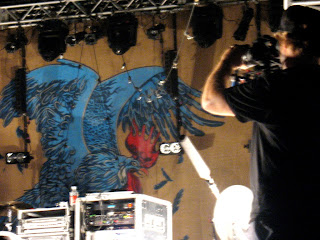 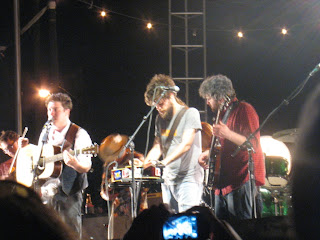 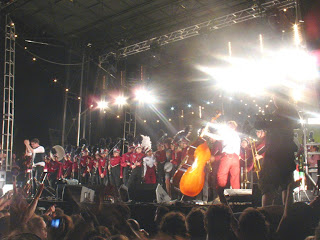 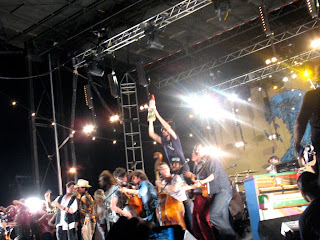 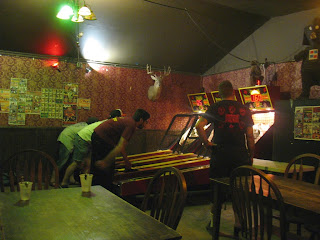 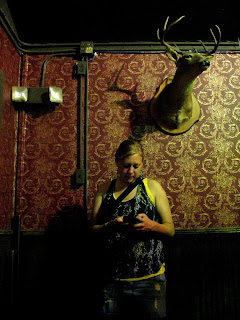 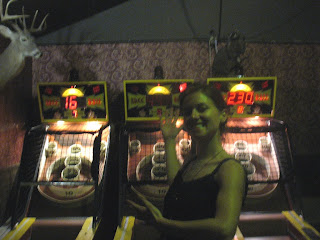 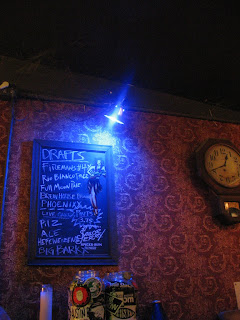 Everybody on stage for one final song...
Posted by Carl and Tory Bauer at 2:26 PM