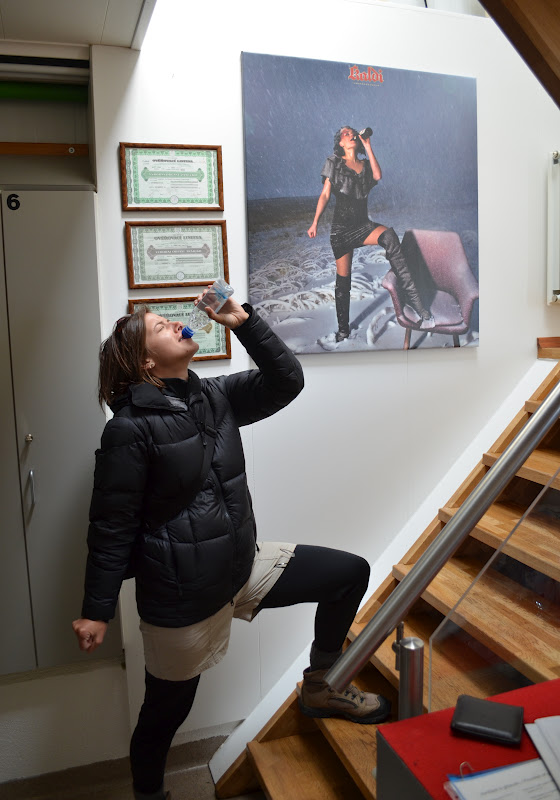 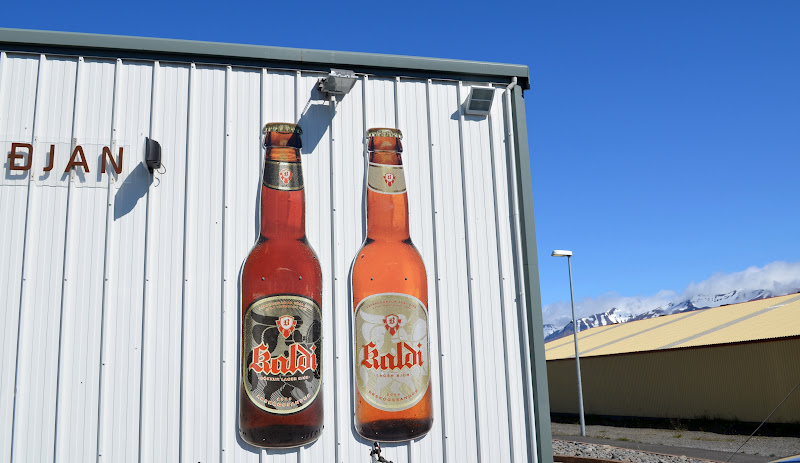 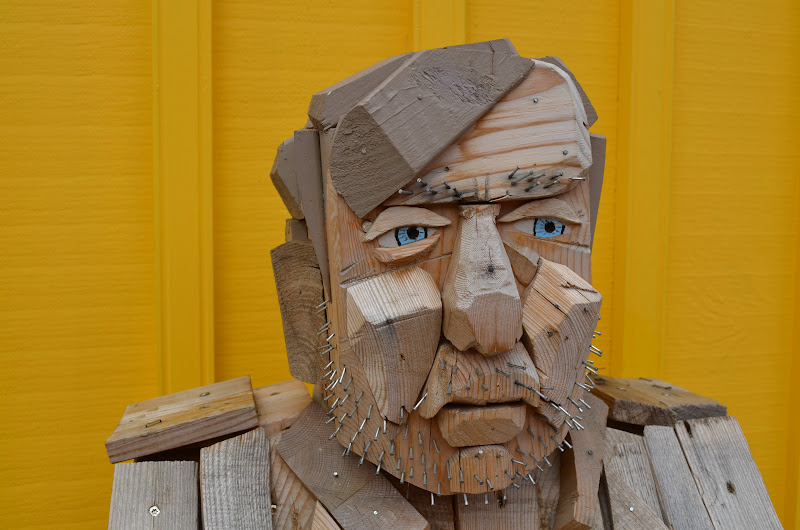 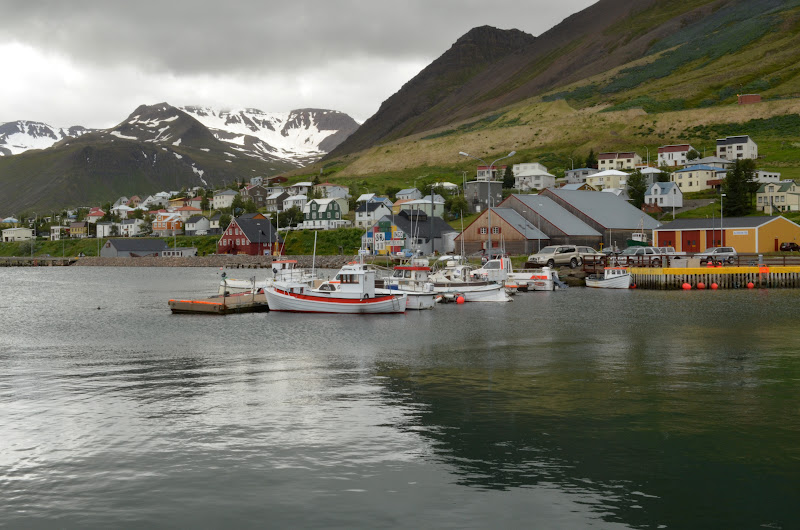 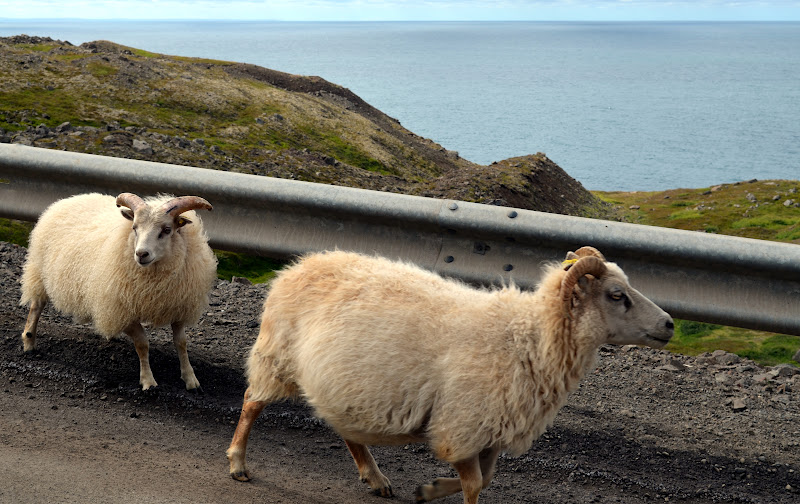 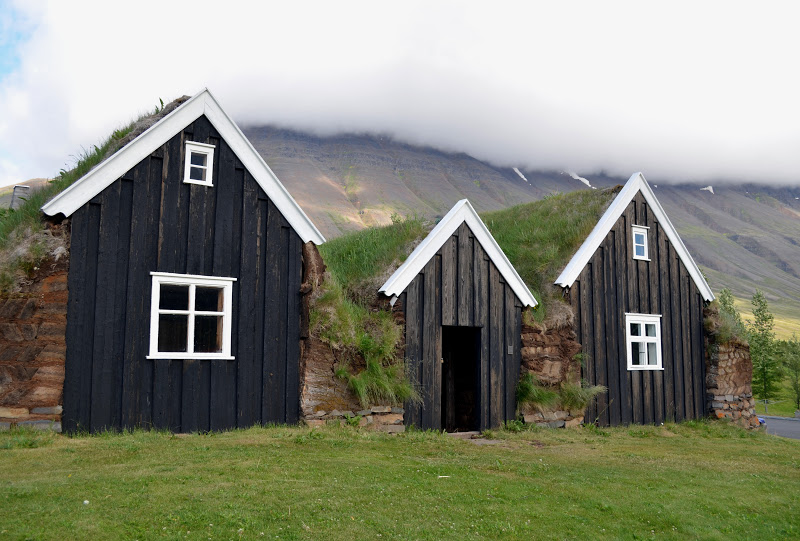 Instead of finding a camping spot for the night we decided we would try a farmhouse accommodation. Along the main road blue signs (as seen below) mark the name and location of a family farm. The name on the sign is usually that of the original owner. Beneath the name are a series of symbols indicating what services the family is willing to offer to passersby, be it food, shower, bed, telephone, etc.

We pulled off at a random farmhouse that we could see from the road and knocked on the door. A man eventually answered and we stumbled through greetings with broken English on his side and sparse Icelandic on ours. He understood that we were interested in renting a room or two for the night and called his wife in for support. Her English was much better and she served as a translator for all of us. We ended up chatting in the entryway of their home for half and hour or so (thanks entirely to C's sociability - I get awkward and embarrassed with language barriers, but he shines). We all enjoyed our little cross-cultural exchange and were thrilled to spend the night in their cabin up the road. 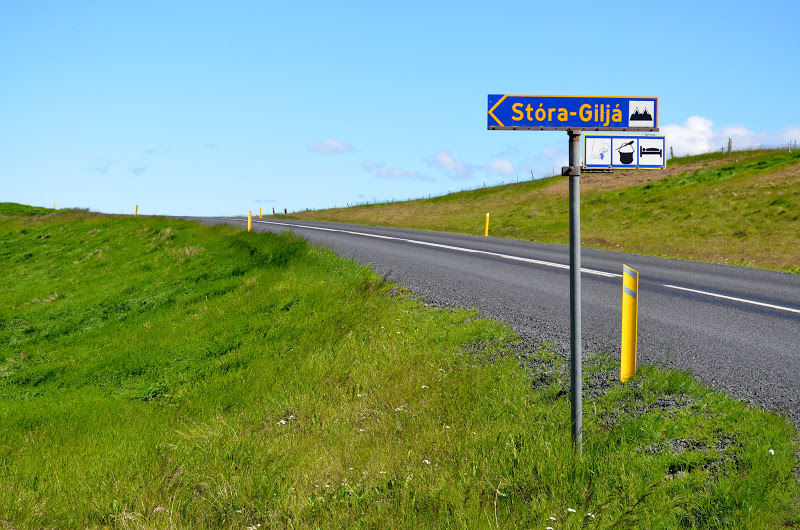 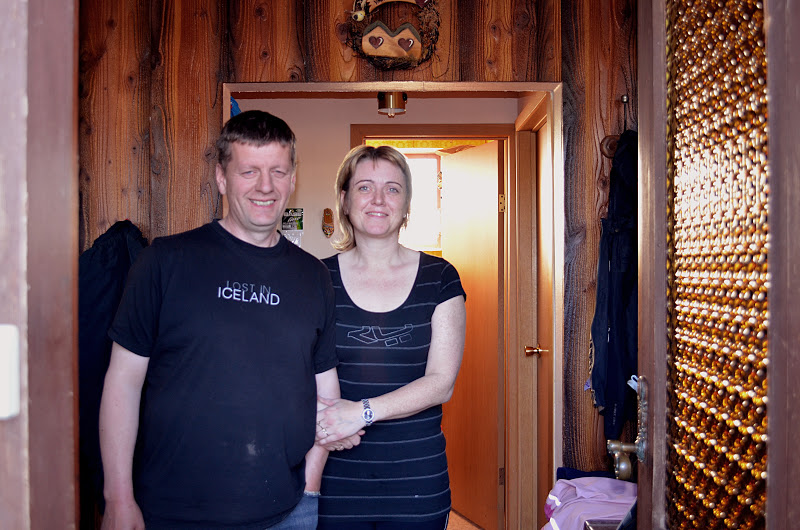 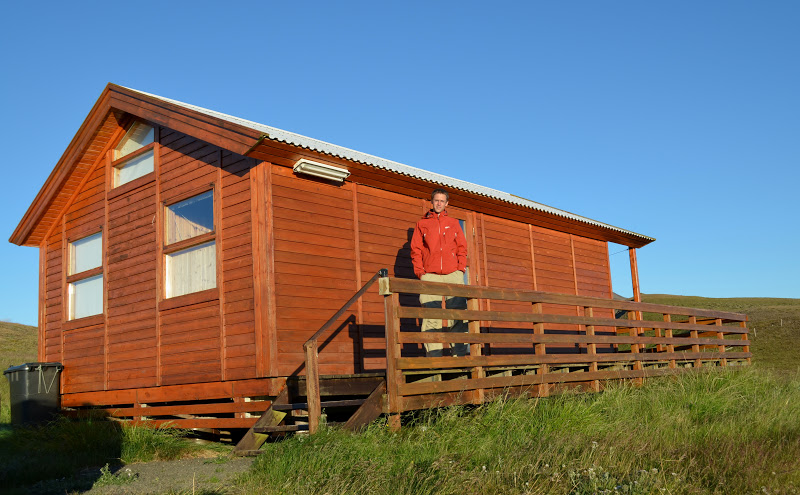 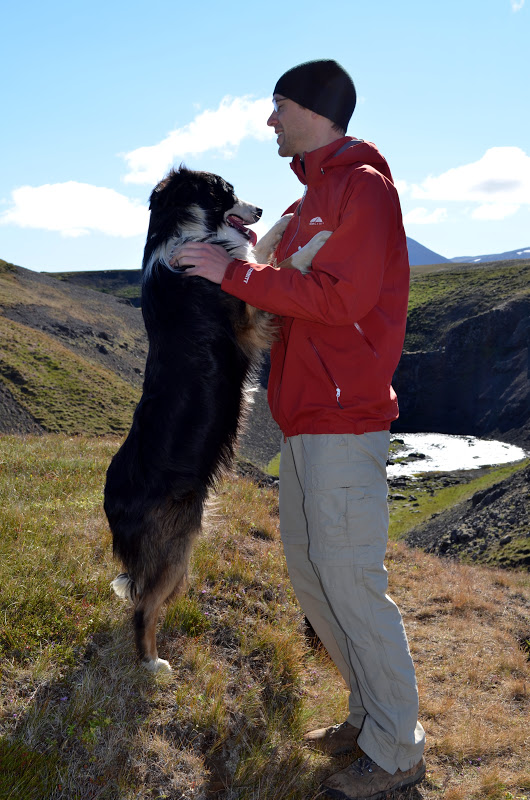 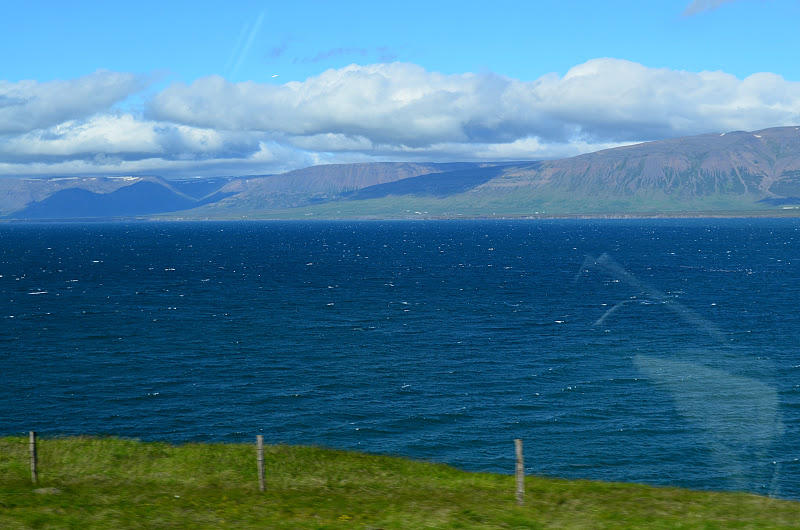 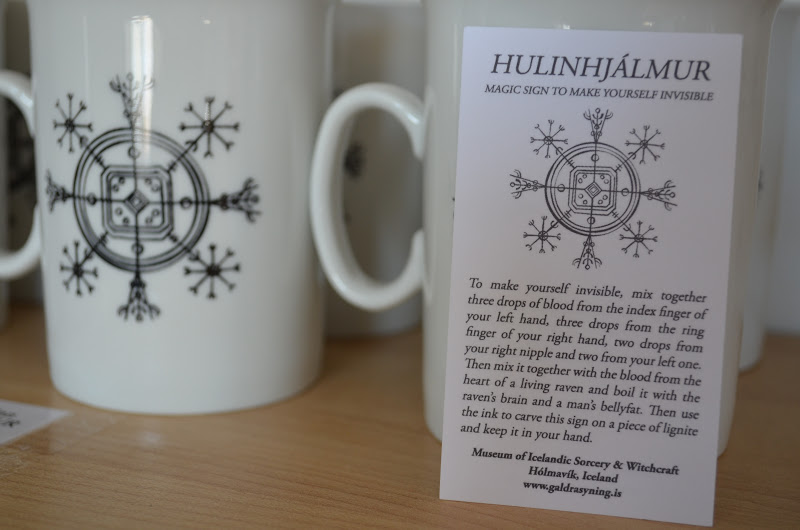 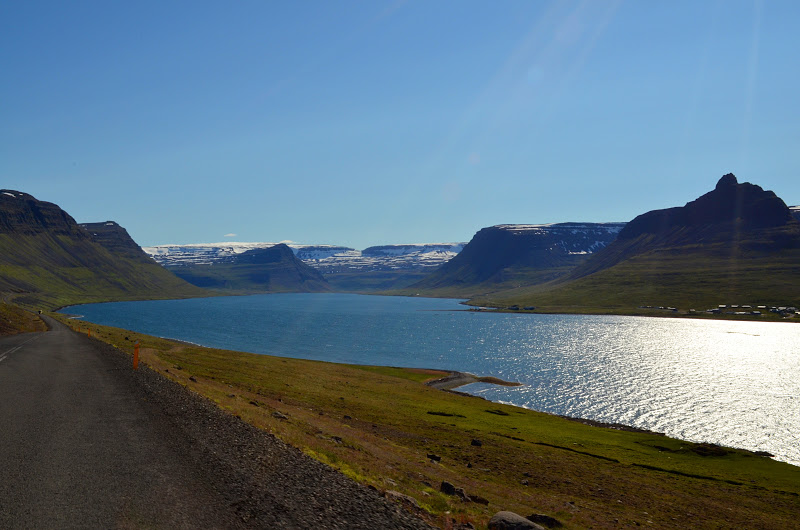 We made it to Isafjordur just as the information center was closing, but the two employees stayed to help us get ready for the trip we were hoping to make the next day. We decided on a route and itinerary, bought a detailed map and round-trip boat tickets, and let the captain know to expect us the next morning at 0730. We had stocked up on food earlier in Holmavik, so we pushed on to the next town, Bolungarvik, where we would camp and catch the boat in the morning. 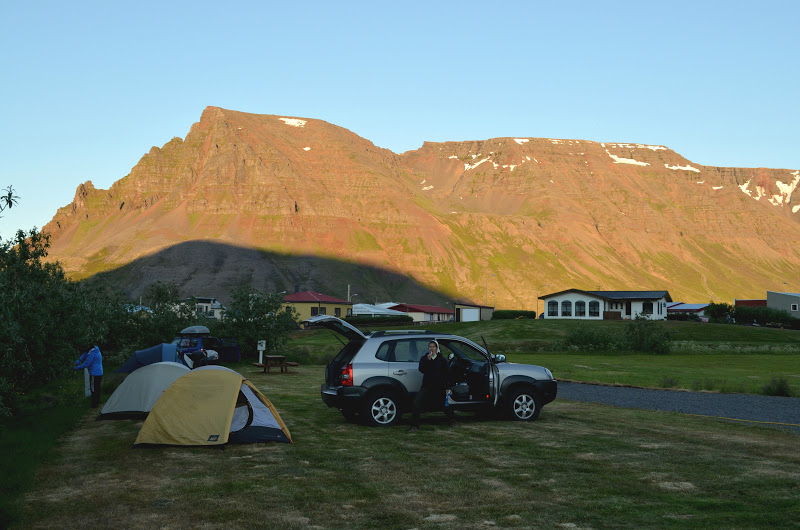 Up next: backpacking the Northernmost penninsula, Hornstrandir.
Posted by Carl and Tory Bauer at 12:57 PM

So did you make yourself invisible? I would love to see that! seriously.