Christina came to visit in March and it was a blast-y blast!
First we hit up the Denver Art Museum... 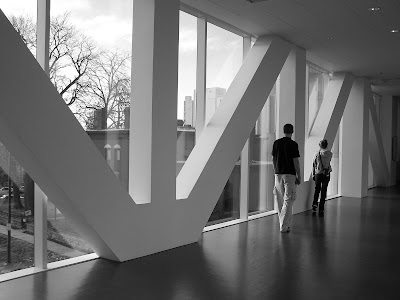 Then we built a 6'9" snow cyclops mama (baby cyclops included). 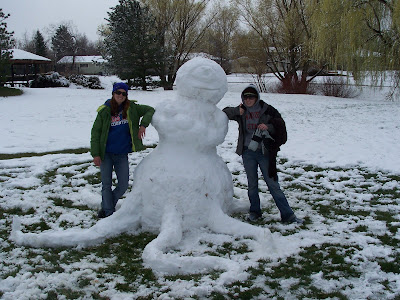 And watch it outlive the snow melt... 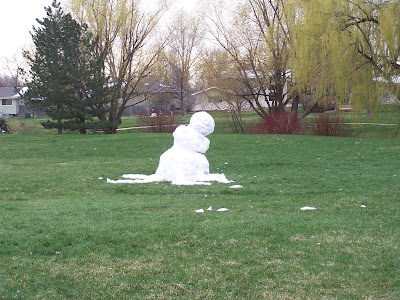 Took a trip to Estes Park for some snowshoeing to Bear Lake and Emerald Lake. 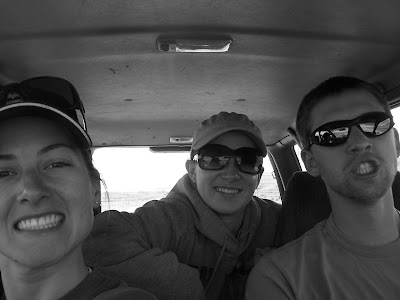 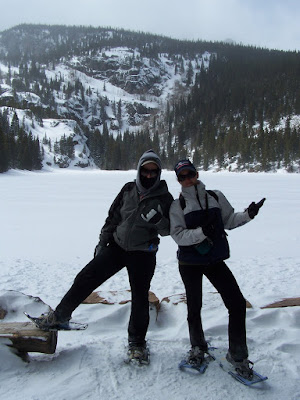 Fun times! We also trekked up to Fort Collins with two of Carl's physics buddies, Scott and Andrew, for an evening tour of the New Belgium Brewery, but got there too late for a guide-led tour and ended up eating at Beau Jo's instead (not a bad compromise...)
Da boyz: 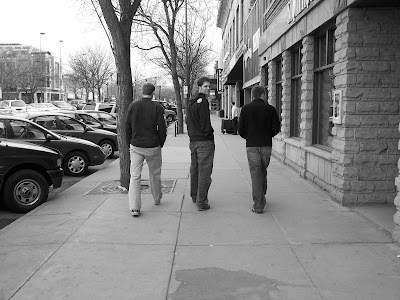 Posted by Carl and Tory Bauer at 8:01 PM